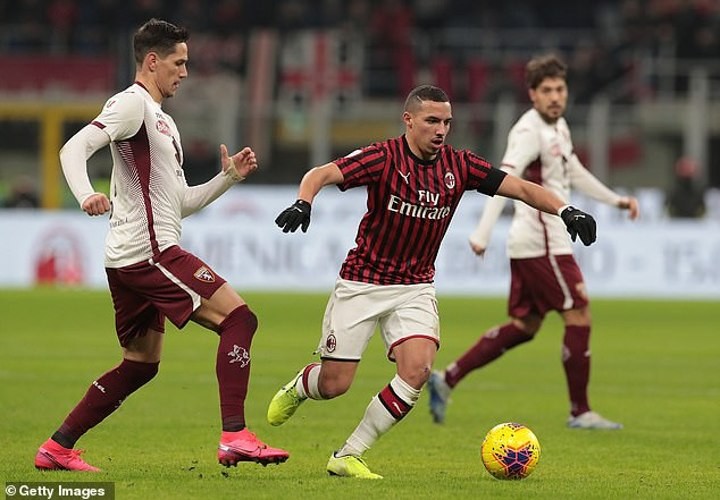 The Algerian international is highly sought-after and PSG are also among the clubs to retain an interest in the 22-year-old, who has a £45million release clause.

According to Actu Foot and La Source Parisienne, United have now entered the race to recruit Bennacer this summer.

Bennacer was awarded Player of the Tournament in the African Cup of Nations last year in which his side triumphed.

Pep Guardiola has reportedly spoken to the former French youth international over the phone to convince him the Etihad is where his future lies.

But with United now offering a challenger there are an even greater number of top sides looking to take advantage of Milan's lack of Champions League football or success in recent years.

PSG have previously tabled bids around the £27m mark for Bennacer but have so far seen their advances shut down.

He only moved to Milan last summer after establishing himself as a key player for Empoli.

And Bennacer does have some experience of life in England having been on Arsenal's books between 2015-17, although he did not manage to break into the first team set up.