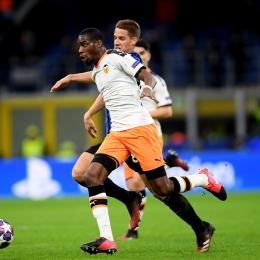 Through an Instagram Stories post, 27-year old French-Central African defensive midfielder Geoffrey Kondogbia, upset with Valencia chairman, Anil Murthy, about not being able to join either Atletico Madrid or a Premier League club, wrote: "After having destroyed a plan with a lot of potential", also hinting to the ongoing break-up with boss Javi Gracia, "you fooled both  me and your head coach. Thanks a lot, Anil Murthy".

Former Sevilla FC, Inter Milan and AS Monaco pitcher was allegedly promised to be allowed to leave, even on bids much lower than the 80 million euros exit clause set upon him.