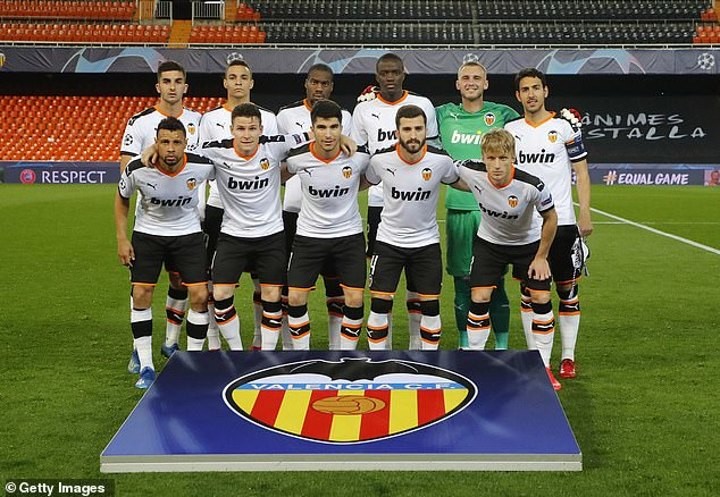 Valencia are reportedly targeting an ambitious return to training on April 13, 24 hours after the current lockdown in Spain is due to end.

There was an outbreak of coronavirus within Valencia's camp - with the La Liga outfit confirming there were five positive tests at the club, including first-team stars Ezequiel Garay, Jose Gaya and Eliaquim Mangala.

But according to Spanish publication Diario AS, the club have been given a clean bill of health with all test results coming back negative.

Valencia are now aiming to resume first-team training ahead of schedule amid the coronavirus outbreak.

It has been reported that the training sessions will be staggered in small groups with the club desperate to adhere to official health guidelines.

However, there remains potential for the lockdown in Spain to be extended so Valencia's plans might come to a halt before they even got going.

La Liga has been suspended indefinitely due to the coronavirus crisis, with footballing authorities desperately trying to come up with ways to salvage the current season.

After it emerged that Valencia had been infected by the coronavirus, the club had revealed that 'around 35 per cent' of players and staff had contracted the illness.

A statement on Valencia's official website said: 'Several further tests for the Covid-19 coronavirus amongst Valencia CF coaching staff and players have come back positive.

'All cases are asymptomatic and those involved are currently isolated at home, receiving medical assessment and carrying out their scheduled training plan.

'Despite the strict measures adopted by the club after their UEFA Champions League game against Atalanta on February 19 in Milan - an area confirmed as 'high risk' by the Italian authorities days afterwards - which included maintaining a distance between the squad and club employees/the general public, these latest results show that the exposure inherent to such matches has caused a positive test rate of around 35 per cent.'

Valencia played Atalanta away in the last-16 of the Champions League in February and Bergamo's mayor Giorgio Gori labelled the clash as a 'biological bomb', believing it caused the virus to spread in Italy and Spain.

Atalanta played host to Valencia at the San Siro on February 19 with 44,000 fans supporting their respective sides in Milan.

Gori was quoted by Spanish newspaper Marca as saying on Facebook: 'The match was a biological bomb. At that time we did not know what was happening.

'If the virus was already circulating, the forty thousand fans who went to San Siro were infected.

'No one knew that the virus was already circulating among us. Many watched the game in groups and there were lots of contact [between fans] that night. The virus passed from one person to another.'