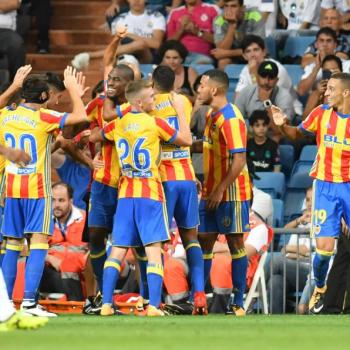 Thrilled with the seasonal performance he's offering so far, Valencia management, according to El Gol Digital, are willing to try signing Portuguese international winger Gonçalo Guedes (turning 21 tomorrow, November 29) on a full basis, despite the 1996-born being playing for them on a basic loan deal, from Paris Saint-Germain. To this end, Spanish club are planning on their turn, to buy Geoffrey Kondogbia back from Inter Milan, and then try to arrange a swap, by bringing former Sevilla and AS Monaco player to PSG's table. French giants are demanding 30 million euros for having Guedes, previously playing for Benfica, signed over.