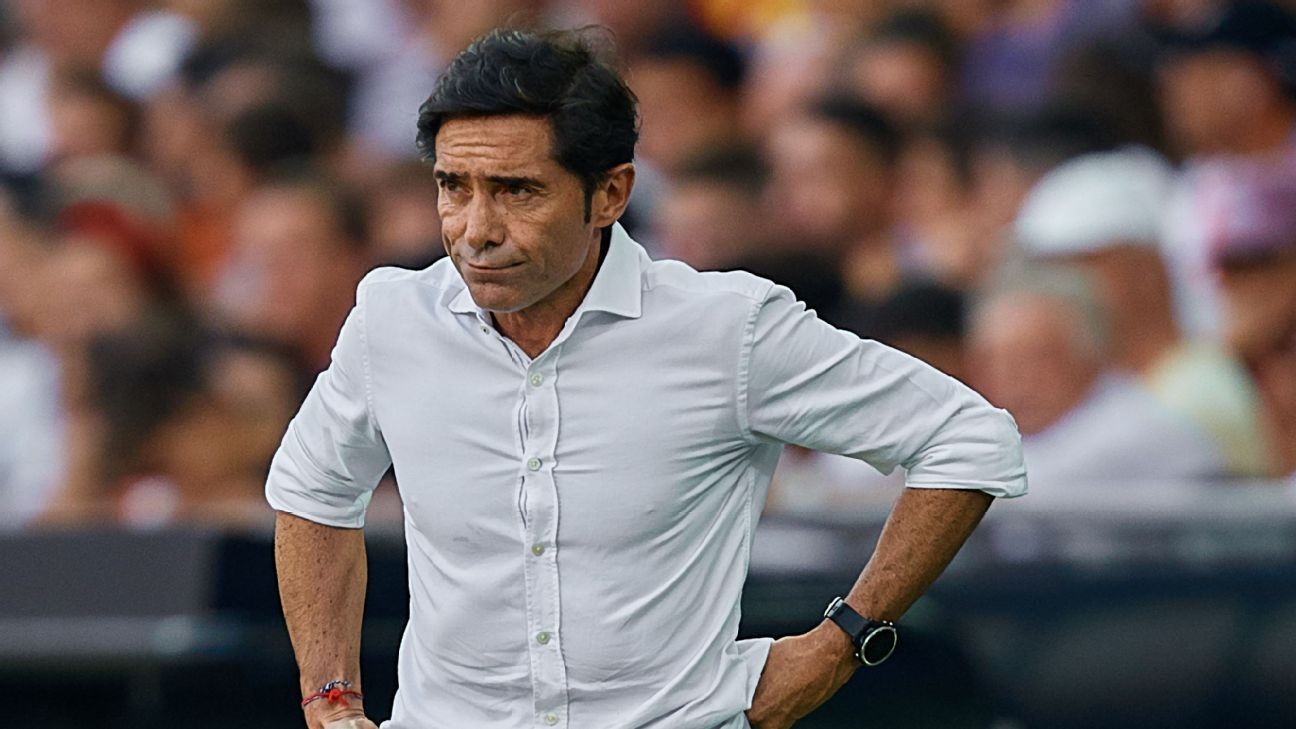 Valencia have removed Marcelino from his position as manager.

Marcelino has been sacked as Valencia coach, the Spanish La Liga club said on Wednesday.

The 54-year-old, who won the Copa del Rey and secured Champions League football last season, leaves after two campaigns at the helm.

"Valencia told Marcelino Garcia Toral on Wednesday that he is no longer first team coach," a club statement said.

"The club would like to thank him for his work and dedication during his time at our entity and wish him success for the future."