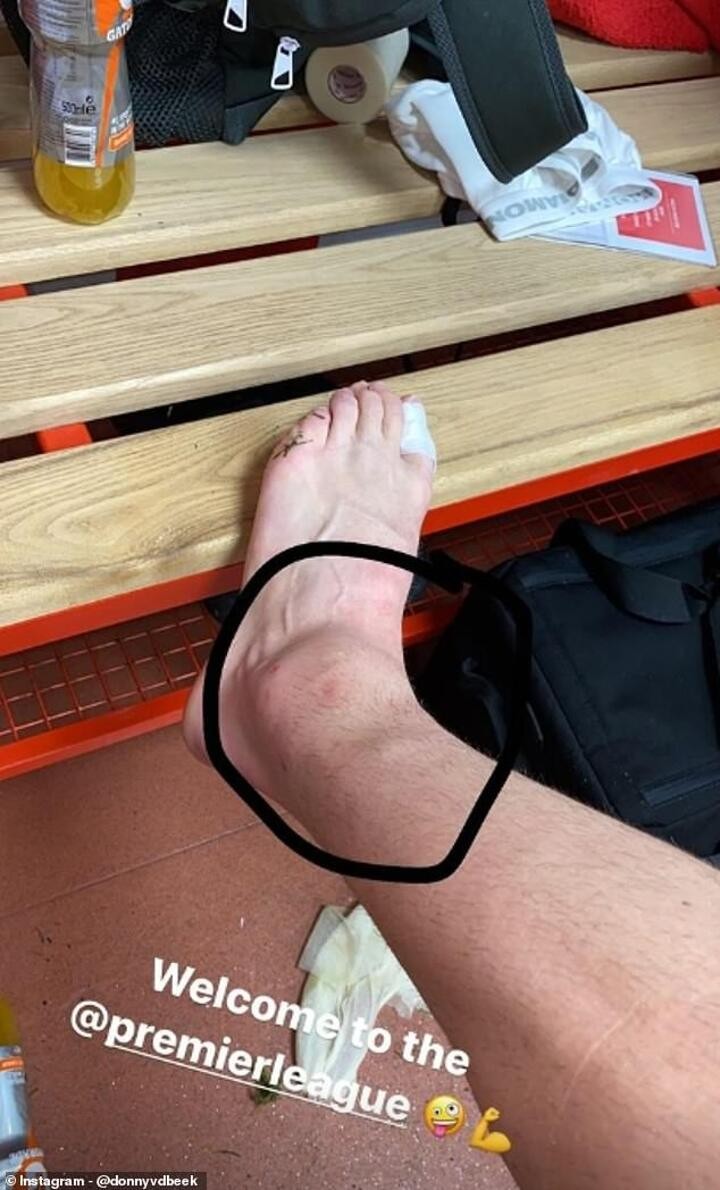 The midfielder made his first Premier League start in United's 3-2 victory against Southampton and was on the receiving end of some heavy challenges.

After the game van de Beek posted a picture on Instagram showing his swollen ankle accompanied by the caption: 'Welcome to the Premier League'.

United were two goals down at half time after goals from Jan Bednarek and James Ward-Prowse had put Southampton in the ascendancy.

However, Ole Gunnar Solskjaer's game managed to turn the game around as firstly Bruno Fernandes got a goal back before substitute Edinson Cavani scored a brace.

Van de Beek has had to be very patient since joining United as he has frequently been named as a substitute.

The 23-year-old was given an opportunity against Southampton and completed the whole 90 minutes as Solskjaer's team secured a victory that saw them move up to eighth place in the table.

So far van de Beek has made 13 appearances for United across all competitions - he has scored one goal and provided one assist.