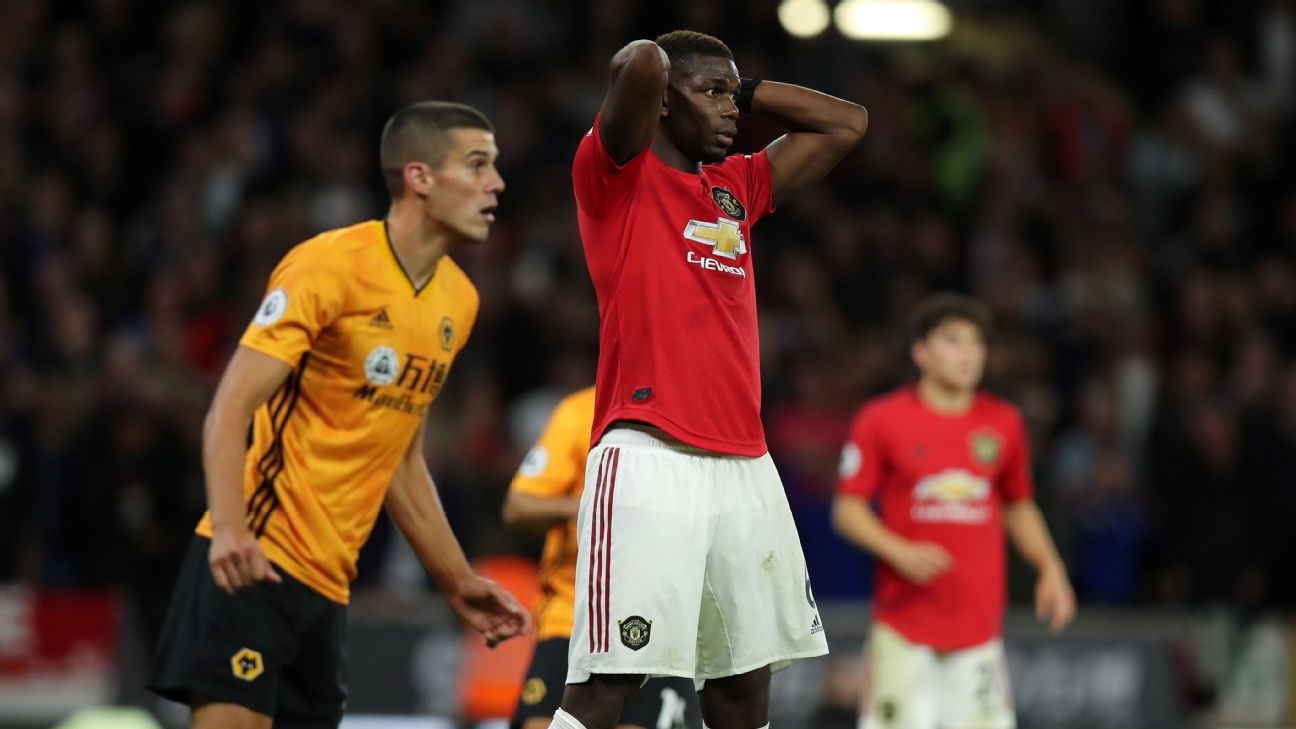 Legendary goalkeeper Edwin van der Sar has attributed Manchester United's struggles to the disappearance of strong characters in the dressing room, and said the situation at Old Trafford is "a long way" from the club he left eight years ago.

Van der Sar spent the final six seasons of his decorated career with the Red Devils, winning four Premier League titles and playing in three Champions League finals with Sir Alex Ferguson's side. However, United have fallen on hard times since Ferguson's departure and are in the midst of their worst-ever start to a Premier League campaign.

When asked to comment on the difficult times Ole Gunnar Solskjaer's team is facing, the former Netherlands international told ESPN FC in an exclusive interview: "Of course it's difficult. I left there eight years ago and it was a tremendous last six years of my career, winning four Premier League titles and playing in three Champions League finals.

"So it's a long way from the position where they are in now. And of course they have changed managers a couple times now and the real progress is not seen yet, only the thing that they bought in the summer. They bought younger, inexperienced players with a certain desire and hunger, and not like the big names they bought the last six, seven years."

Upon joining United from Fulham in the summer of 2005, the former Ajax and Juventus star walked into a dressing room full of established veteran leadership -- a makeup, he says, that is much unlike today's team.

"I think for ourselves, when I came in the dressing room we had Ryan Giggs, you had [Paul] Scholes, you had [Rio] Ferdinand, [Gary] Neville and even Roy Keane at that time. So I think there's always been strong characters. And I think for the last couple of years the strong characters have disappeared and [are] not making a difference anymore," Van der Sar said.

Though despite the recent rocky times, Van der Sar was confident that United still has the power to attract top players capable of leading them back to glory.

"Of course, the name is there. And of course the following they have all over the world," he said.

"But for a player [...] you want to play at a certain level, you also want to have an idea that you can win trophies and they must take that opportunity also to improve the squad and make the world-class players they have, or the players that they're going to sign, that they feel welcome and that there's a good path to where they're going to go to."