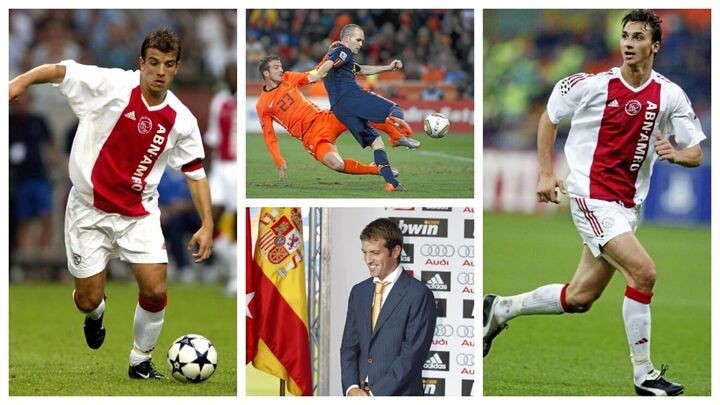 Retired footballer Rafael van der Vaart has come into fierce criticism in Spain following his words against the Spanish national team after their 1-1 draw with Poland last Saturday.

Van der Vaart has not been the first Dutchman to say something that could be perceived as quite controversial and rude towards others.

Johan Cruyff and Marco van Basten were particularly renowned for their hot-headedness when it came to coaches.

Cruyff and the coach of Barcelona in 1976, Hennes Weisweiler, never saw eye to eye.

The then-Barcelona star threatened to leave the club until the club took his side and ousted the German, with rumours stating that Cruyff didn't accept Weisweiler's outstretched hand following the coach's departure.

Van Basten, who grew up under the influence of Cruyff, went under the motto of 'ignore the coaches', something that the late Bobby Robson experienced during his time at PSV Eindhoven.

Accustomed to English football, from a country that had the upmost respect for their coaches, Robson was left shocked by the way he was treated at PSV.

Former Valencia player Frank Arnesen spoke of his time under Robson at PSV and said that he learnt English through the coach.

"The Netherlands is a very tolerant country, but the Dutch don't respect anybody," Arnesen said.

Van Basten was also guilty of this trait during his time at AC Milan, with the Dutch legend taking on then-coach Arrigo Sacchi.

"We have won so many trophies not because of you, but in spite of you," he snapped in Milan's dressing room to the coach who had revolutionised football.

Van Basten even ousted Sacchi at Milan after Silvio Berlusconi sided with the player, as the Dutch forward didn't like someone dictating his movements on the pitch.

Fast forward ten years and Van der Vaart was just starting his career at Ajax as Zlatan Ibrahimovic, very much an unknown quantity, arrived from Malmo.

After a few years, Ibrahimovic and Van der Vaart were vying for the captaincy at Ajax, with Louis van Gaal finally giving it to the Dutchman.

Ibrahimovic, who was attracting attention from Juventus, was jealous and it all unfolded during a friendly between Sweden and the Netherlands.

Ibrahimovic and Van der Vaart were one on one, with the Dutchman in possession. Ibrahimovic stamped on Van der Vaart's ankle and injured him, which inadvertently set up a goal for Sweden.

The two players were set to meet just days later back at Ajax's training camp, but the Swede packed his bags for Turin.

Van der Vaart also remembered that Ibrahimovic threatened to break his legs later on in his career continuing the feud between both players.

"A very arrogant Dutchman," Ibrahimovic wrote about Van der Vaart in his autobiography.

The ex-Ajax, Real Madrid and Real Betis player has stayed faithful to the outspoken nature of players from his country, as evidenced by Ronald Koeman at Barcelona in the 2020/21 season.

Those are the words that have since galvanised the Spain team and acted as a motivational speech for them. Cruyff, perhaps, wouldn't have put it so differently himself.