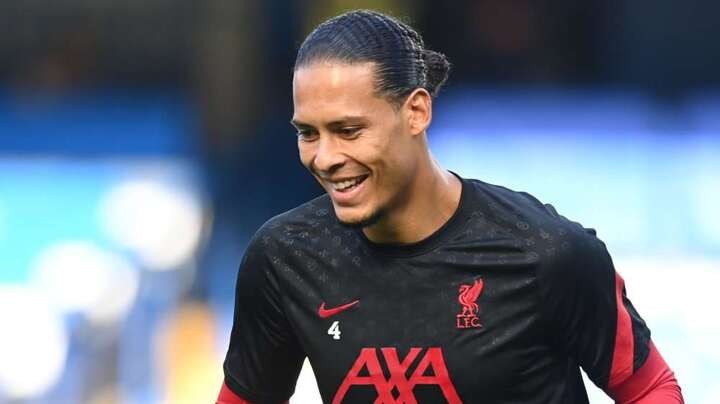 Virgil van Dijk says “the work doesn’t stop now” in an emotional message to Liverpool fans and his team-mates after making his long-awaited return from injury.

The Netherlands international has been sidelined for nine months with a serious knee injury but finally pulled the red shirt on again as a late substitute in the Reds’ friendly clash with Hertha Berlin.

Team-mate Joe Gomez also made his comeback after a similarly long lay-off, providing a double boost to manager Jurgen Klopp ahead of the new season.

Writing on Twitter after the game, Van Dijk said: “285 days ago, I started on a journey back towards playing. It’s hard to express how I am feeling, but it’s important to me that I say I feel blessed to have had the support of so many incredible people.

“The surgeon, my physios, coaches and staff who have been with me in my corner since day one. My team-mates for giving me energy and keeping my head up. The fans for their love, support and encouragement. And most of all, my family because without them, I’d be nothing. Thank you.

Speaking about the duo's return, manager Jurgen Klopp said: "It was a nice feeling. Started immediately well and usually we all know that the fourth goal is a clear situation which saw and defend well. But that's it.

"I'm not sure, 260-something days for Virg and not much less for Joe they didn't play football, so it's nice to have them back. It was the first step, really important."

Santiago Ascacibar and Suat Serdar's strikes put Hertha 2-0 ahead early on at the Tivoli Stadion, only for Sadio Mane and Takumi Minamino to bring the Premier League side level before the break.

Substitute Stevan Jovetic restored Hertha’s lead shortly before Van Dijk and Gomez came onto the field in the 68th minute. The former Manchester City striker then scored his second and Hertha’s fourth with ten minutes remaining, turning sharply away from Van Dijk and Andy Robertson to leave both players on the floor before calmly finishing beyond goalkeeper Adrian.

Alex Oxlade-Chamberlain pulled a goal back late on but could not prevent the defeat, though the return of Van Dijk and Gomez is likely to be the main takeaway from the game for Reds fans.

Liverpool’s hopes of defending their Premier League title suffered a double blow in the space of just a few weeks last autumn, with Van Dijk suffering an anterior cruciate ligament injury against Merseyside rivals Everton in October, before Gomez picked up a knee tendon injury on international duty with England just a few weeks later.

That left a huge hole at the heart of the Reds defence for the remainder of the campaign and likely played a role in their failure to keep their grip on the Premier League trophy.

It has been a long nine months, but to see both players back on the pitch will be a timely boost for Jurgen Klopp as he prepares his side for another title shot this term.