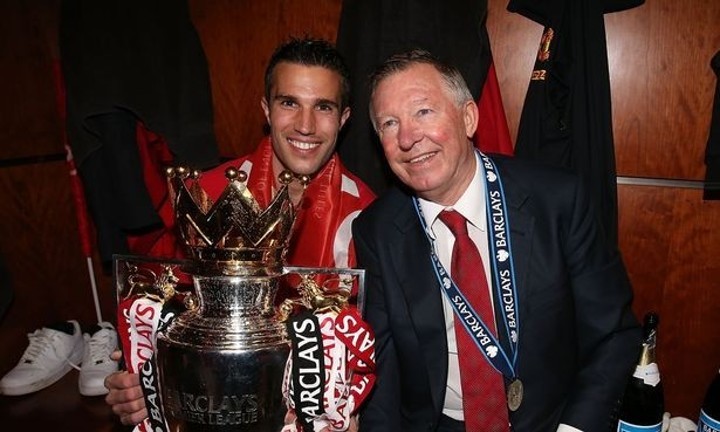 Dutch legend Robin van Persie has used a book about Louis van Gaal to hail Sir Alex Ferguson as the best boss he ever worked with.

Van Persie, who played under Van Gaal, Ferguson and Arsene Wenger during a glittering career in which he became Holland's record goalscorer, described Sir Alex as a “super manager' in 'LVG – The Manager and the Total Person'.

The striker, who helped United win the title after arriving from the Gunners in 2012, was devastated when Ferguson announced his retirement after the Premier League had been reclaimed.

“It was so brilliant how he always kept the entire squad happy and focussed.

“Wenger was a combination of Ferguson and Van Gaal.

“Arsene always emphasized all the positive things and he looked at what would work for the long term.

“Tactically he (Van Gaal) is a genius. You can’t deny that. I have had managers who had their own strengths.

“But Ferguson really was a super manager.”