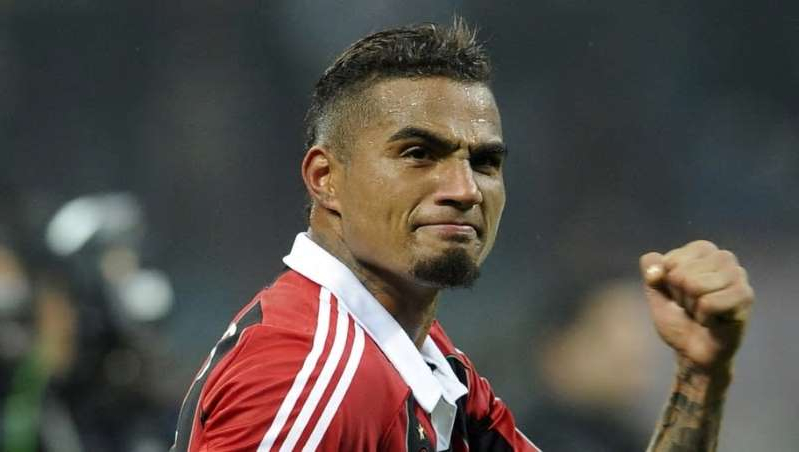 Kevin-Prince Boateng is known not to be a man of quiet words. And that's just as well! Because the former Bundesliga professional raises his voice especially in the fight against racism - FIFA does not get away well on this move from a native of Berlin.

The murder of George Floyd has opened the eyes of the world and, above all, made it clear to the whites that racism is an acute problem and not just a vague feeling of the blacks. The fact that it has come to this and that a murder of an innocent man, who was only killed because of his skin color, causes resistance movements is a testimony to humanity per se. But how long will the current protests and the newly sparked fight against racism continue? ?

In his column on The Players' Tribune Boateng wrote: "It seemed perfect. I should continue to train and play games, but at the same time I was able to give input to these people and they would introduce campaigns, rules and penalties. I also made a suggestion to Blatter [Sepp Blatter, then FIFA President, note]: cameras and put up microphones in the stadiums, like this, if someone chanted something racist - BANG, get out. "

"I said to Blatter: 'Listen, try it. If it works, you're a hero. If it doesn't work, then we tried,'" Boateng continued. "After that, the task force had meetings. We talked and exchanged a few emails."

So far a great plan, a great initiative - but then the disillusionment with the former Ghana international followed: "Nothing really happened. A month later, the media stopped talking about it. And then, in September 2016, I received an email from FIFA, and I will never forget what it said, essentially, "The task force has done its job. We have done our job." They ended it. "

Furious, Boateng called his agent: "This is a joke. What did they accomplish? What did they do? They fined the teams € 30,000? And then could the fans return to the stadium the next day? And your children will see that and take that as an example? What is 30,000 euros for a club? For nothing. That is the penalty? That is the consequence? " The 33-year-old was and is deeply disappointed by the World Football Association and his "fight" against racism.

I think FIFA only used this task force to give the impression that they were doing something.

On The Players' Tribune, the former Bundesliga professional has a tough verdict on FIFA: "I honestly believe that FIFA used this task force only to give the impression that they were doing something. I'm not even afraid to say it, it's a fact, I don't know why they're not doing more, you have to ask them, I can only assume that it is more important to them that the VAR tells us whether the ball is over the line than getting rid of racism. They have so much money, they invest so much in cameras, goal-line technology, everything. But fight racism? No. It doesn't bring more people to the stadium. It doesn't bring in big money. It is my opinion, and remember, FIFA launched this task force in 2013. That was seven years ago, and now we're still here talking about exactly the same problems ... "

In the fight against racism and oppression Boateng therefore also takes his foot all colleagues in the duty and wants more. A t-shirt with 'No Racism' or the #BlackoutTuesday are good and beautiful, but that alone couldn't be it.

Boateng writes in his article on The Players' Tribune what he demands from his soccer colleagues, what happened to him as a child in East Germany and what caused him to leave the field in 2013. Click here to read it through. It is worth it - and it is an important topic to which each of us should contribute!