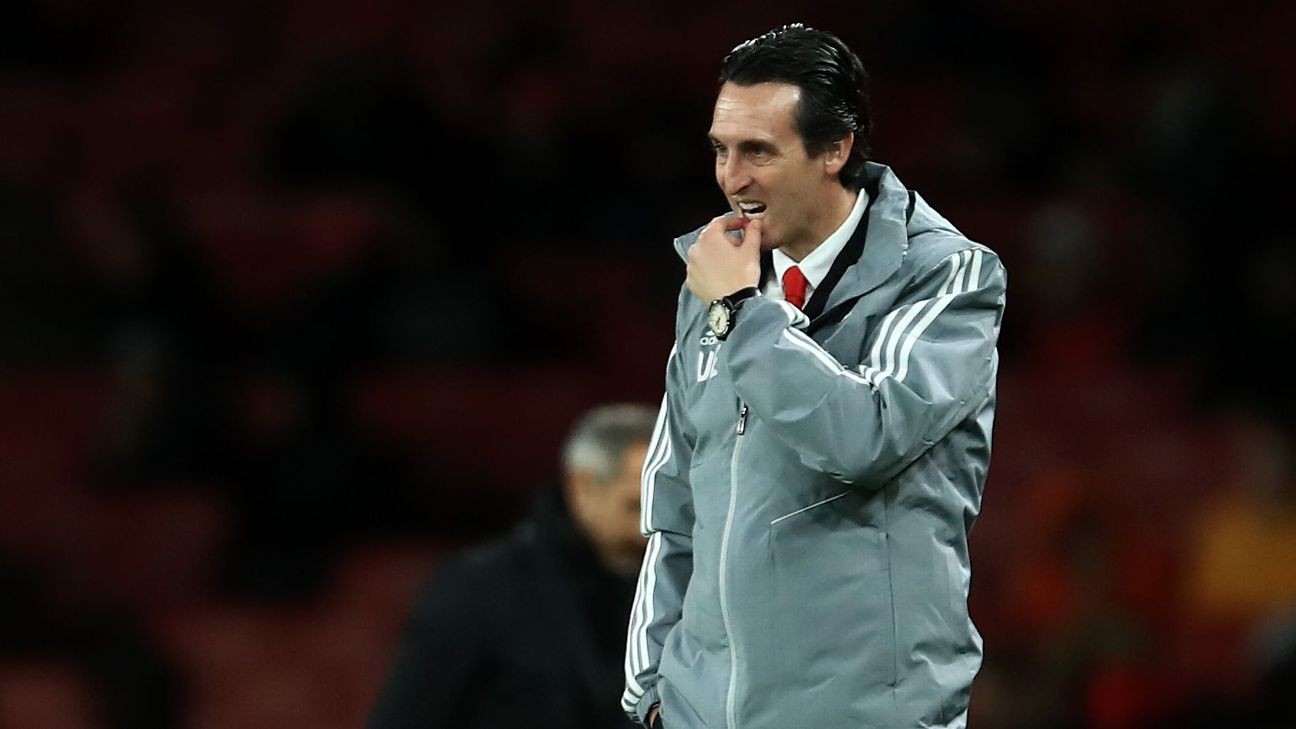 Craig Burley explains how Barcelona's players can get out of position due to Lionel Messi's presence.

Barcelona are nowhere to be found in Shaka's Power Rankings after their early Copa del Rey exit.

The FC crew analyse Thomas Tuchel's standing at PSG after his repeated spats with Kylian Mbappe.

Ale Moreno believes Neymar's progression as a player is dependent on his production at PSG.

Former Paris Saint-Germain coach Unai Emery has said that Barcelona's famous 2017 Champions League comeback against the French giants was only made possible by the absence of Video Assisted Refereeing (VAR).

Speaking with France Football about his largely underwhelming two-season stay at Parc des Princes, the Spaniard stated his belief that refereeing mistakes aided Barca in wiping out a 4-0 first leg deficit with a 6-1 second leg success to improbably triumph 6-5 on aggregate.

"I won Ligue 1, and four domestic cups, as well as two Trophee des Champions titles," Emery said. "Our ultimate objective was the Champions League, and in the first year (2016-17), against Barcelona in the round of 16, we produced a very impressive first leg performance.

"In the second leg, we were eliminated because VAR did not yet exist. We were clearly eliminated by refereeing decisions."

Emery, now out of work since leaving Arsenal in November, admitted that his PSG side were beaten by a stronger team in the following season's Champions League exit at the hands of Real Madrid, despite claiming more suspect refereeing.

"In my second year, against Real, we lost to a team that won three titles in a row," he added. "However, again, in the first leg, we can also point to the refereeing.

"Overall, we lost for the first time because of refereeing decisions, and then to the eventual winners."

Moving on to his former club Arsenal, Emery has said that he helped halt the north London club's two-year slump before things went wrong towards the end of his solitary full campaign in charge at Emirates Stadium.

"Arsenal was a club on a downward spiral for two years before I arrived," he added. "We stopped this descent and even started to recover with the Europa League final and fifth place in the league, just one point behind Tottenham Hotspur, despite the fact that we took just one point in our final five matches.

"We had Champions League qualification within reach, and it went wrong at the end. However, it was a good season and the idea was to continue and to build on that.

"We lost our four captains, though: Laurent [Koscielny], Petr [Cech], Aaron [Ramsey] and Nacho [Monreal]. They were personalities that we missed this season to stay on the right track."

Emery, who had a strained relationship with the midfield star Mesut Ozil, then laid into some of his former players for not giving enough for the cause.

"Also, some stars did not have a good attitude -- they asked for more than they were giving back," he added. "Despite all of that, we needed time to successfully transition to the new Arsenal that I envisaged."

Emery also talked about his crucial role in convincing Neymar that PSG would build a team around him before his world-record €222 million move from Barcelona.

"I always felt supported by President Nasser [Al-Khelaifi]," he added. "For example, when we were on the verge of signing Neymar, it was up to me to personally explain to him that we were going to build the team around him.

"With such a phenomenal player, you cannot say that you already have a team in place and that he must adapt -- you have to make the team for him. If you do not, then he will not come -- that is certain.

"The president and the board spoke about the contract. However, it is up to the coach to convince about the on-pitch project."