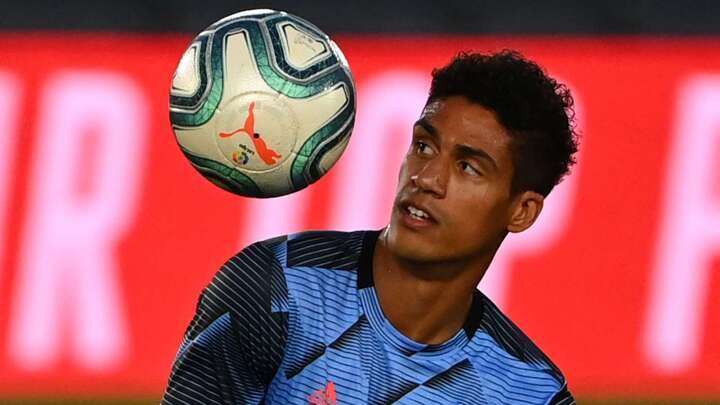 Raphael Varane has an agreement in principle with Manchester United over a contract until 2026, but there remains no deal in place with Real Madrid for the defender, Goal can confirm.

The Red Devils are yet to make an official bid for Varane and are continuing to bide their time, knowing they hold the aces in negotiations with the Spanish club who have accepted the Frenchman will leave.

No transfer is expected to be announced imminently, and with Varane - who has utmost respect for Madrid - having not asked to leave, he is happy to play the waiting game until his future is resolved.

As reported by Goal, Madrid have reluctantly accepted Varane is likely to leave them in the summer as he seeks a new challenge after spending the last 10 years with the Liga giants.

With Varane's contract at Santiago Bernabeu expiring in 2022, there is a desire on Madrid's part to organise a transfer sooner rather than later as they attempt to recoup a significant fee for one of their best players.

The centre-back has an agreement in principle with United for a five-year contract, but he has not officially requested to leave and is content with leaving his future in the hands of the two clubs.

Should he complete a switch to Old Trafford, Varane will also receive a significant increase in his wages which stand at €6m per year at Madrid.

The delay has meant no deal is expected to be imminent, with Varane due back at Valdebebas on July 23.

Losing Varane will come as a blow to Madrid, who have already seen captain and legendary figure Sergio Ramos depart for Paris Saint-Germain on a free transfer this summer.

United fans, who have seen top targets slip through their fingers in the past due to a delay in transfer talks, will be hoping a deal with Madrid is put in place as soon as possible.

As with any transfer there is always the possibility that it could fall through, although the expectation is that Varane will be a Manchester United player ahead of the 2021-22 season.

Indeed, the Red Devils are happy to play the long game and bide their time over signing Varane, knowing his market value continues to depreciate given his contract situation at Madrid.

Varane, for his part, is also in no rush and, out of respect for Madrid president Florentino Perez and the club's supporters, he will not be pushing for an immediate move away to quicken up his exit.