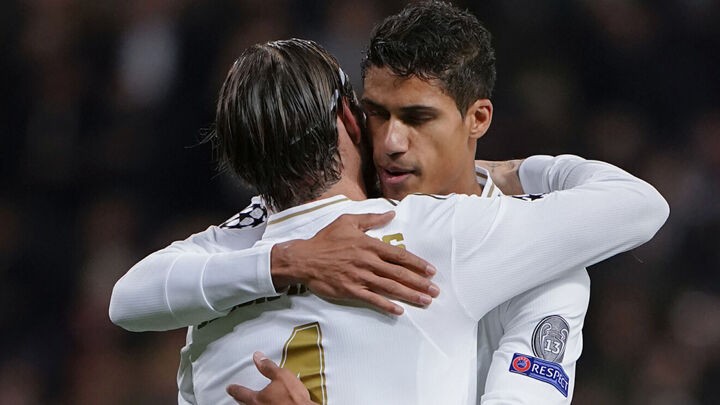 The day before the second leg of Real Madrid's Champions League semi-final tie against Chelsea, Raphael Varane was asked in a press conference if he wanted to renew and he was cryptic in his response: "My future is clear, but now my focus is on the end of the season." Since November at Real Madrid, they had got the sense that his renewal was not going to be easy because his CAA Sports representatives showed no interest when they called them to start talks. Given that, and in view of Sergio Ramos' uncompromising stance on his renewal, the club made a brilliant move in January to sign David Alaba, who was approaching the end of his contract at Bayern Munich. I insist: in January, not in March.

After the sad departure of Ramos, Varane's advantage in deciding his future has been accentuated. At 28 years of age and after a decade at Real Madrid, where he has won everything, he is very keen to start a new adventure in English football or at Paris Saint-Germain. Here, in the Spanish capital, he has little incentive left, and if he stays it will be for a much higher amount than his current salary of 5.5 million euros, less than half of what Ramos was paid and less than half of what Alaba will be paid. Because one thing is that money is not a priority, which for Varane it never was, and another is that he is not valued. Neither financially nor in terms of support from the Real Madrid fans, as a year ago he felt mistreated when two of his mistakes against Manchester City saw Los Blancos fall out of the Champions League. Real Madrid want to sell him now if he does not renew, because they know he would be their biggest source of income, but Varane's move is to finish his contract at the Estadio Santiago Bernabeu and leave on a free next summer to sign a good deal with a hefty signing bonus. Like Alaba.