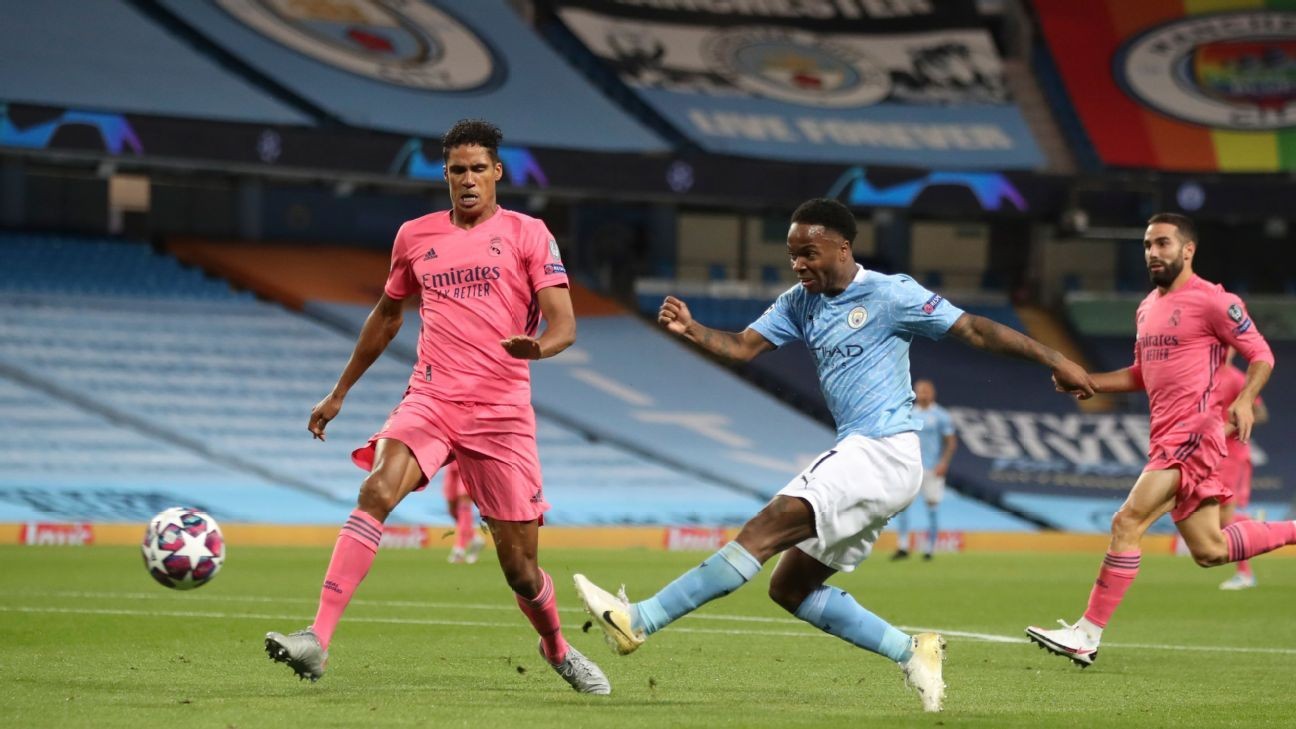 Raphael Varane has taken responsibility for Real Madrid's Champions League exit after two mistakes from the defender saw them beaten 2-1 by Manchester City on Friday.

World Cup winner Varane, 27, was caught out twice by Gabriel Jesus in the round of 16 second leg in Manchester -- once in the first half, and again in the second -- as Madrid were eliminated 4-2 on aggregate.

"This defeat is mine. I have to accept it," Varane said. "I'm sad for my teammates. I take responsibility for this defeat. We had prepared well but you pay for mistakes at this level. I can't explain the errors. It happens in football. It's a difficult night for me."

"I felt good in the game," he added. "Maybe we took too many chances at the start and we paid for it. I'm grateful for the support of my teammates. This hasn't happened many times in my career. You make mistakes all over the pitch but there are areas where it's costly."

Varane has been a key member of a Real Madrid team that has won four Champions Leagues in the last decade.

"We didn't have to talk much [in the dressing room]," he said. "They all know I'm sad and I have to accept it. You need to have character to come back better and stronger and I'm already thinking about that. It's a complicated night. I'm a competitor, we lost and I failed so obviously I'm not happy."

Friday's defeat marked the first time that Zinedine Zidane has been knocked out of the Champions League as a coach, after winning the competition in 2016, 2017 and 2018.

Raphael Varane was responsible for both of Manchester City's goals on Friday. EPA/Nick Potts / POOL

"You have to stay calm, keep your head up and that's all," Zidane said, when asked if he'd spoken to Varane. "Ninety-five percent of what the players did all year has been spectacular. I'll focus on that. That's what I just said to the players... When you lose, we can't be happy. But we also have to be proud of what we've done."

Zidane appeared reluctant to discuss his future when asked about plans for next season -- before seemingly confirming he will return in 2020-21 to defend the La Liga title won last month.

"Next year we'll see. Right now we have to rest," he said. "I'm Real Madrid coach. Until something happens, I'm here. I'm Real Madrid coach, that's all, there are no more questions in that sense. Now we'll rest and we'll return to have a great season."