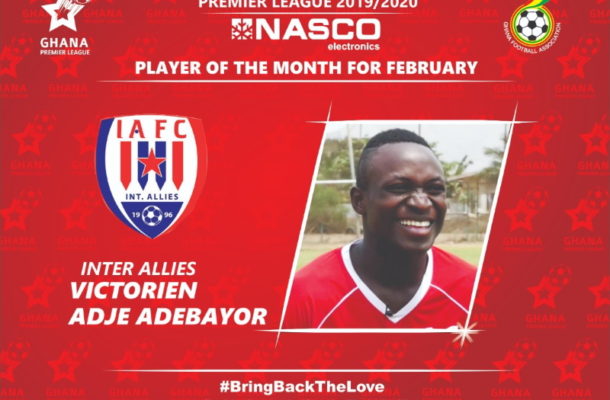 The Niger international raked in seven goals in five matches including a brace in two consecutive matches away against Eleven Wonders and Berekum Cheslea.