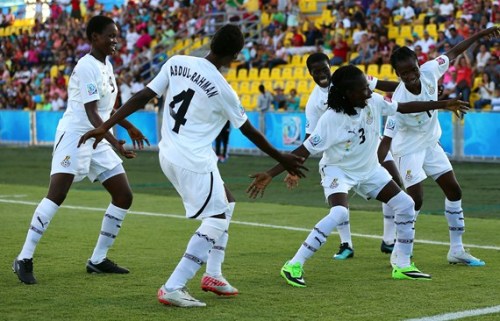 Coach Mas-Ud Dramani says the Ghana U17 womenâ€™s team need to improve despite their impressive opening at the 2014 World Cup in Costa Rica.

The Black Maidens posted an impressive 2-0 win over Korea DPR in their opening Group B game on Saturday.

Goals from Jane Ayieyam and Sandra Owusu Ansah saw Ghana shoot to the top of the group with Canada and Germany playing to a 2-2 draw in the other group match.

Coach Dramani who led the side to a historic bronze medal feat in the last edition of the tournament however believes there is more room for improvement despite their impressive opening.

â€œI kept vigil to watch the game and after I sent them an e-mail of my observations,â€ he told Metro FM.

â€œI believe they did very well but I told them to focus and not let this win get into their heads.

â€œThey must live with this consciousness and keep working very hard.

â€œThere is still a lot of work to be done.â€

Ghana will be taking on tournament favourites Germany in their next group game on Tuesday.