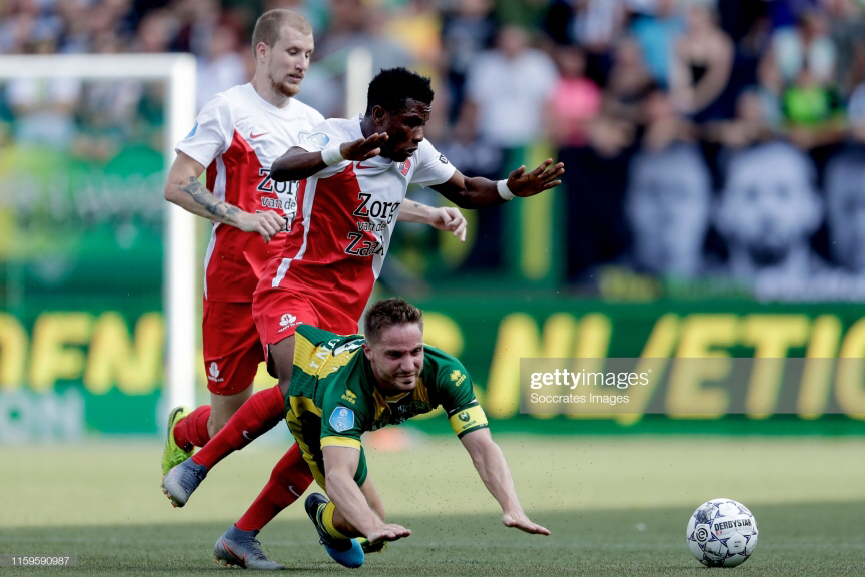 Former Ghana youth star Abass Issah has promised to score more goals for Dutch side FC Utrecht  after netting his first for the club.

The on-loan Mainz 05 attacker scored in the 9th minute of Utrecht's 1-1 draw with giants FC Feyenoord at the De Kuip stadium.

"Let say it's just a goal and I think I'm going to score more," the former Ghana U-17 forward said. "My dream is to score more and help the club," he added.

The 20-year-old intercepted a pass inside his half and raced like a hare- outwitting a defender close to the box before firing a low shot past the Feyenoord.

But Ridgeciano Haps equalized for the hosts in the 51st minute.

Abass joined FC Utrecht this summer on loan from German side Mainz 05 and has played in all three league matches.