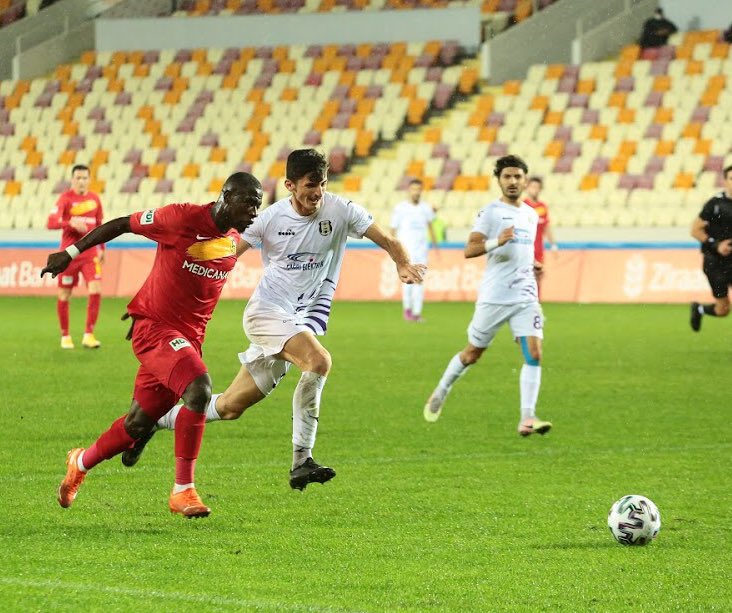 Afriyie Acquah celebrated his long-awaited Black Stars return with an incredible goal during Yeni Malatyaspor's 2-0 victory over Hopaspor in the Turkish Cup.

Acquah has rarely put a foot wrong in the games he's played for the Blood and Gold outfit so far this season.

The 28-year-old opened his goalscoring account with a fantastic header on Thursday during his side's Turkish Cup round of 64 clash against lower-tier club Hopaspor at the Yeni Malatya Stadyumu.

Yeni Malatyaspor secured passage to the next round of the competition courtesy a close range finish by Kosovo international Jetmir Topalli.

The match was a crowing moment for Acquah who has been handed a return to the Ghana national team after almost two years.

The former TSG Hoffenheim midfielder has not featured for the Black Stars in over year, with his last appearance coming at the 2019 Africa Cup of Nations tournament in Egypt.

He has been called-up for the double header 2021 AFCON qualifying matches against Sudan next week.

Acquah has amassed 36 caps for the West African giants.