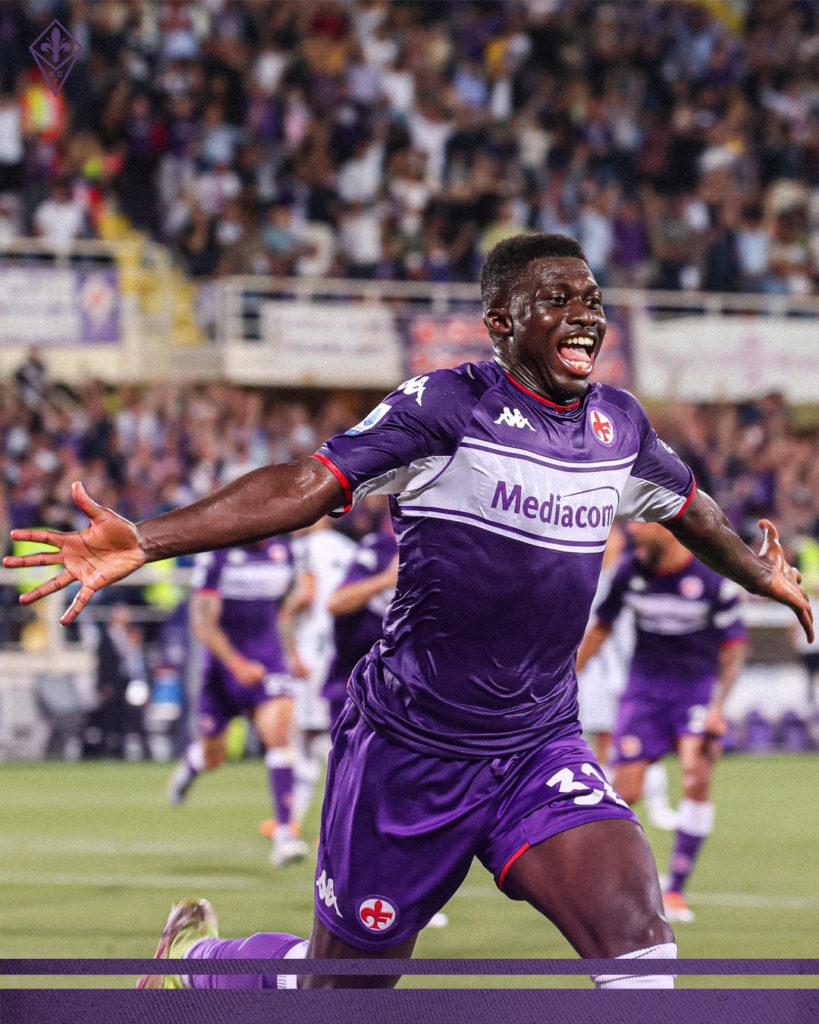 Ghanaian midfielder Alfred Duncan scored to propel Fiorentina to victory over Juventus in the Serie A on Saturday.

The victory has secured European football for Fiorentina next season after finishing at the 7th position which qualify them to UEFA Europa Conference League.

Duncan scored the first goal to ensure Fiorentina beat the Bianconeri 2-0 at the Stadio Artemio Franchi in the last game of the season.

The 29-year-old pounced a loose ball inside the box to slot the home the opening goal of the match on the stroke of halftime. He was set up by Giacomo Bonaventura.