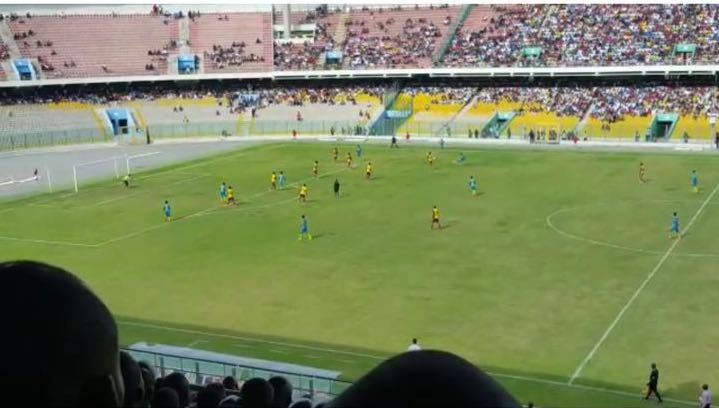 Hearts of Oak fans who think the referee gave Wa All Stars a dubious first goal in Sunday's Ghana Premier League may have to think again because videos and photos suggest otherwise.

The Phobians protested the Wa All Stars opening goal in the shock 3-1 defeat the Accra giants suffered at home on Sunday.

The game was halted for about six minutes with referee Ernest Baafi and his assistants being pelted with plastic water bottles at the Accra Sports Stadium. It took committee chairman Vincent Sowah-Odotei to go to the stands to calm down the fans before the game resumed.

However video and picture evidence suggests the referee may have got the decision right as one Hearts player was left in the offside trap.

The video below of 52 seconds demonstrates the action with pausing suggested at 43 seconds and 44 seconds to grasp it. At 47 secondss, the Hearts player was running from the trap.

At the time the Wa All Stars player was passing the ball, the position of the Hearts defender closer to the referee at the far side shows he has played in the visiting team's players.

Once the Wa All Stars player was onside at the time of kick off its enough.  The reverse is equally true.