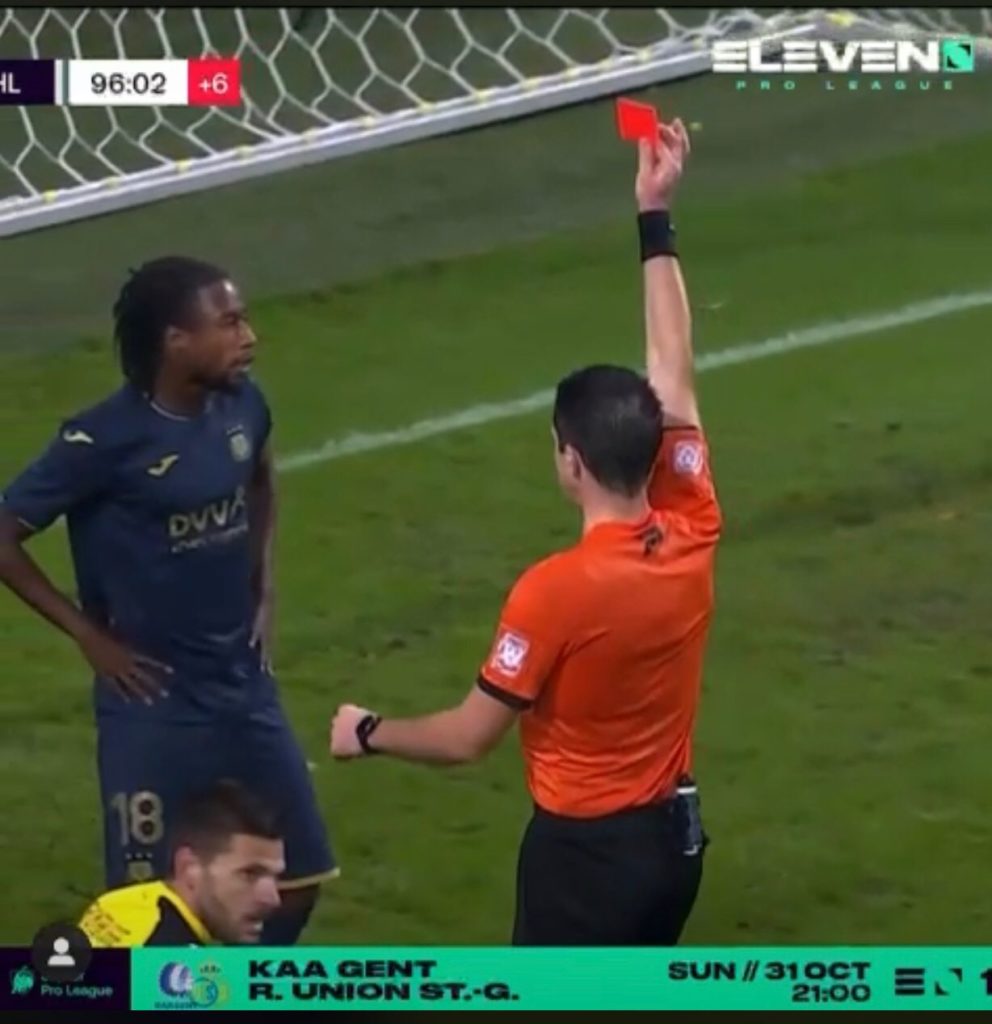 With the match delicately poised at 2-2, the Ghana international stretched his right hand to redirect a goal bound shot from the visitors in the 96th minute.

He received a straight red card and a penalty awarded against Anderlecht but goalkeeper Hendrik Van Crombrugge produced a save to deny Sory Kaba from snatching the match winner.

Ashimeru had climbed off the bench to replace Mats  Olsson in the 77th minute.