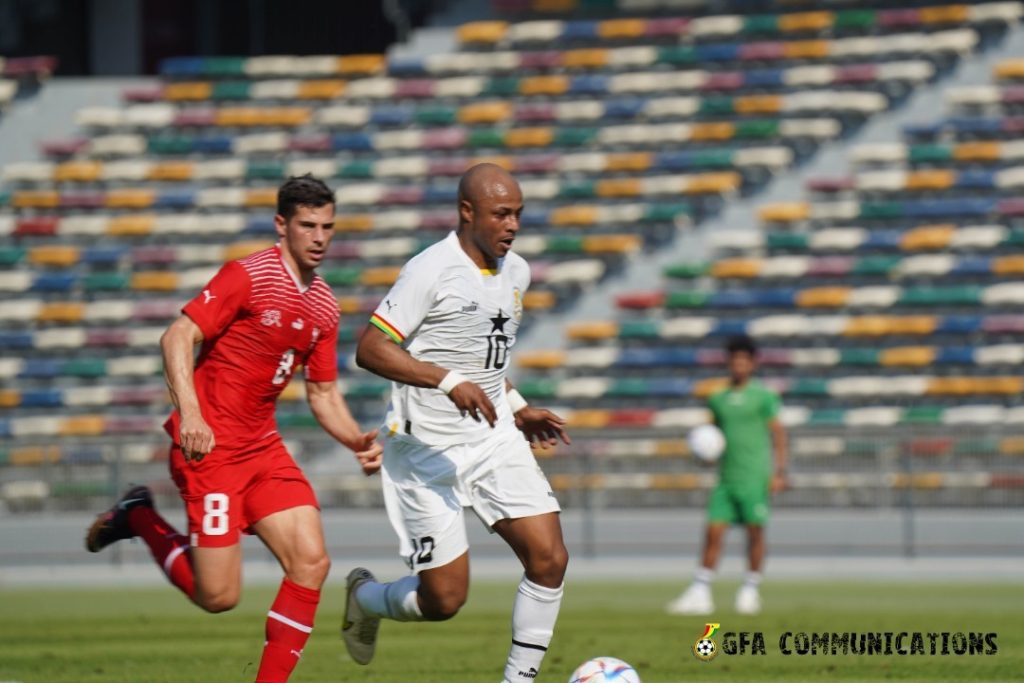 The attacking midfielder reached this milestone in the game against Switzerland on Thursday, helping the Black Stars record a morale-boosting 2-0 win ahead of the World Cup in Qatar.

Andre Ayew was honored after the game for making his 110th appearance for the Black Stars 🇬🇭👏🏾#JoySports pic.twitter.com/IuMmTYBkhY

In the game, Ayew completed 89% of his passes (25/28), attempted two long balls that were both perfect, and won three ground duels as well as two aerial duels.

He also made two clearances and one crucial tackle, preventing Xherdan Shaqiri from firing from the edge of the box.

The match was Ayew's 110th appearance for the Black Stars making him the outright most-capped player for the four-time African champions.

He has surpassed the legendary Asamoah Gyan who made 109 appearances for Ghana between 2003 and 2019.

Ayew debuted for Black Stars in 2007, then went on to captain the U20 team to win African Youth Championship and the World Cup in 2009.

While playing so many games for Ghana, the Al Sadd attacker has also been a force in front of goal for the Black Stars.

He has scored 23 goals making him the seventh all-time top scorer for the Black Stars and the highest by any active Black Stars player.