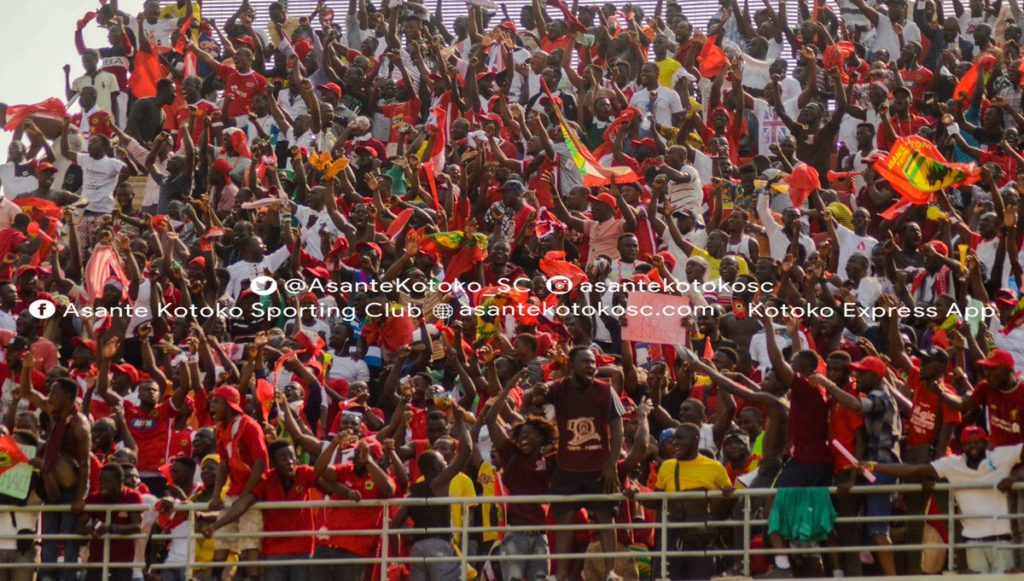 Asante Kotoko supporters stormed the team's bus as they poured out their anger and frustration following the disastrous Caf Confederation Cup exit at the hands of Ivorian side FC San Pedro.

The supporters who traveled with the team to Abidjan for the second leg reacted angrily to the defeat as they heavily-criticized the players and coach for exiting the competition.

Kotoko threw away 1-0 first-leg advantage to exit the competition 2-1 on aggregate after they fell to a 2-0 defeat on Sunday.

Kotoko had to finish the game with ten men after defender Emmanuel Agyemang-Badu got sent off with two yellow cards.

Chieck Soumaro gave the hosts the lead in the opening minute to see them tie on aggregate and that unsettled the two-time African champions.

Three minutes to regulation time, San Pedro found the back of the net to nail Kotoko's coffin.

Kotoko began this season's African campaign in the Caf Champions League where a first-round loss to Etoile Sahel of Tunisia forced a demotion to the second-tier Confederation Cup championship.