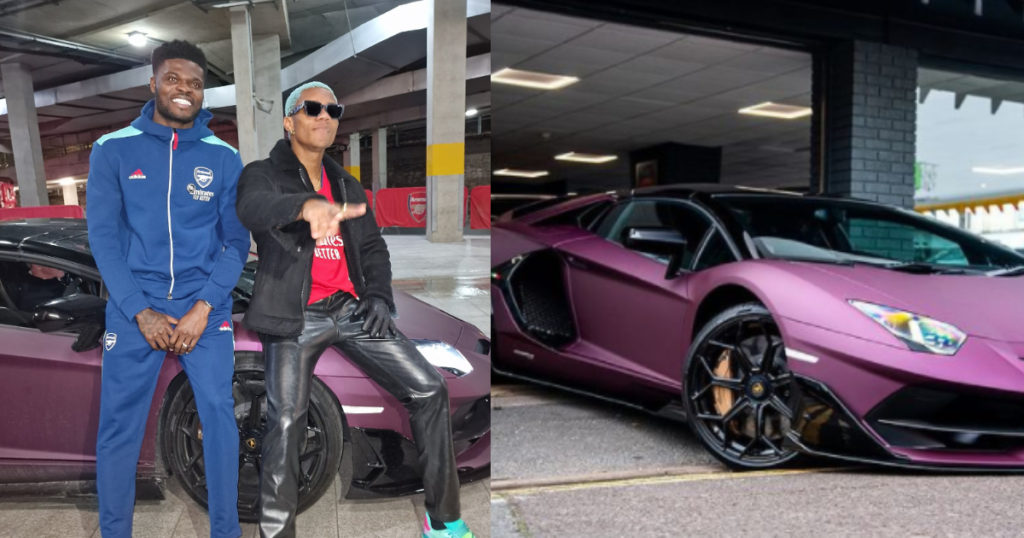 Thomas Partey celebrated his second Arsenal goal in style by hitting the roads of London in a $500k Lamborghini SVJ.

The 28-year-old starred as Arsenal defeated Leicester City on Sunday to move into the top four, with the Ghanaian opening the scoring at the Emirates before Alexander Lacazzete sealed the win.

Partey's love for style in not just in his play but his penchant for the luxurious life.

The midfielder had spent time with Ghanaian music stars KiDi and Kuami Eugene at their concert at the O2 Arena in England and right after the match met some fans.

But at the rendezvous, where he met the duo and a popular Arsenal fan Kelechi, Partey is seen in a beautiful Lamborghini with a friend.

Thomas Partey is indeed winning both on and off the pitch, having been named Player of the Month for February at Arsenal before his goal on Sunday.

This season, the former Atletico Madrid man has found the form that prompted Arsenal to trigger in release clause at the La Liga club.

He is expected to join the Black Stars team for the game against Nigeria in the World Cup playoff.