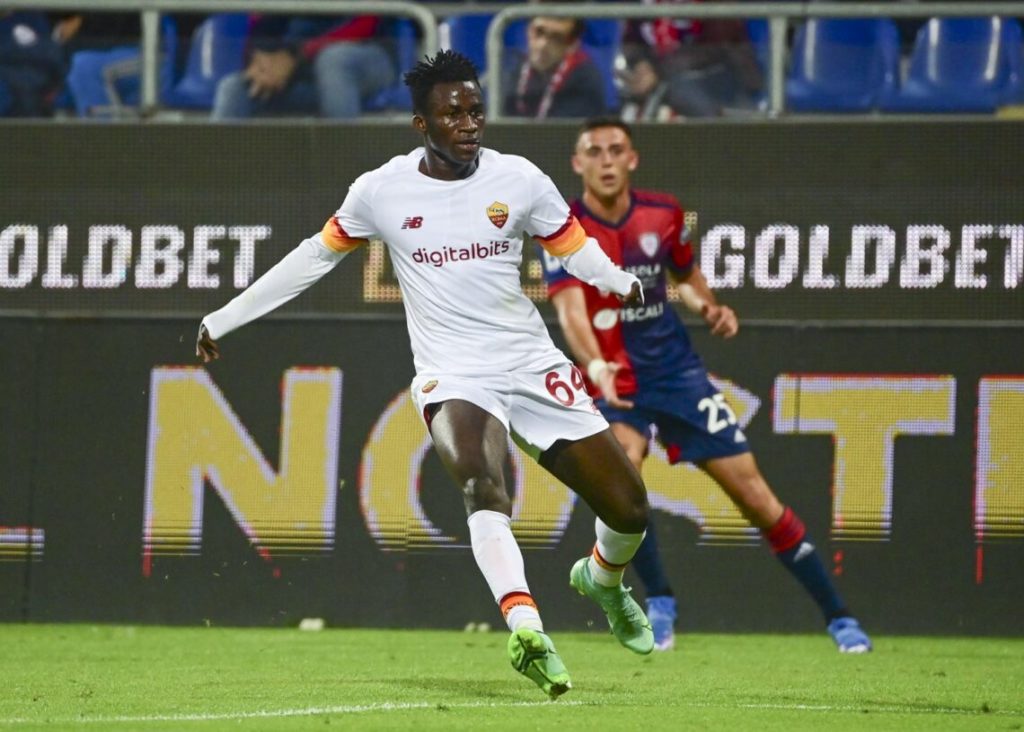 The science behind music and sports is well documented.

And so on Sunday, 7 August 2022, AS Roma youngster Felix Afena-Gyan decided to use Shatta Wale’s hit song ‘On God’ for his pitch walk during the official squad presentation ceremony at the Stadio Olimpico.

There were over 65,000 fans in attendance as each player for the 2022/23 season was introduced to the club faithful ahead of their final pre-season match against Shakhtar Donetsk.

Every player came onto the field with selected soundtrack and Afena-Gyan decided to use of the recent chart-topping tunes from the camp of the self-acclaimed Africa’s Dancehall King.

The 19-year-old, promoted to the first team by head coach Jose Mourinho during the first round of last season, is preparing for his second year with the Giallorossi.

On Sunday, he was introduced in the 80th minute as Roma rounded off their preparations with a 5-0 win.