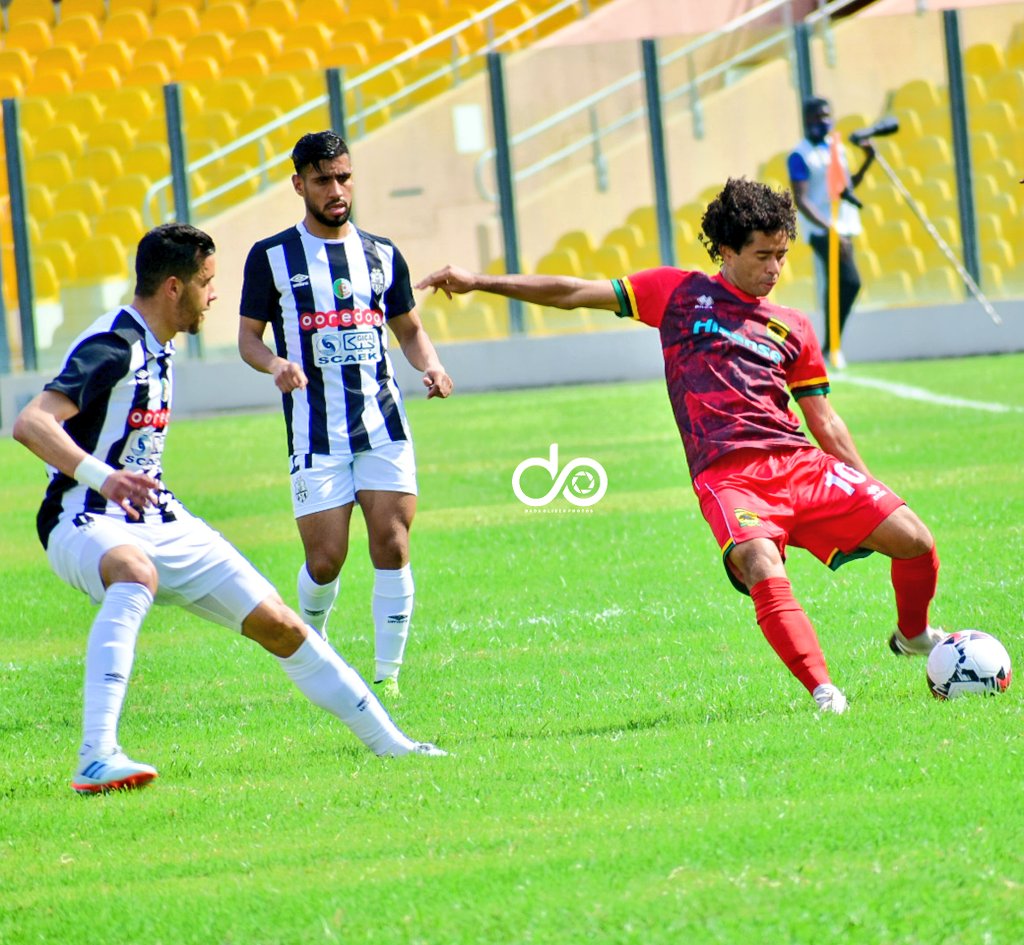 Asante Kotoko were handed a 2-1 defeat by Algerian club ES Setif in the first leg of the CAF Confederation Cup playoffs at the Accra Sports Stadium on Sunday.

The Porcupine Warriors were undone by a Kendouci Mohammed  81st minute strike in the first leg fixture at the Accra Sports Stadium.

The Porcupine Warriors missed a penalty in the game as Setif secured a 2-1 win ahead of the second leg in Algeria.

Just after recess Asante Kotoko had a chance at goal but Fabio Gama missed his kick, which was later followed by Emmanuel Sarkodie but his effort could not trouble the Setif goalkeeper

Emmanuel Sarkodie was impeded just some few yards to the Setif goal area, as Kotoko were awarded a goal scoring opportunity. Imoro Ibrahim delivered a poor free kick which was saved by the goalkeeper

The Porcupine Warriors were awarded a penalty after the ball was adjudged to have hit the hand of a Setif player.

Naby Keita’s spot kick was saved by the Setif goalkeeper.

Watch highlights of the match below;