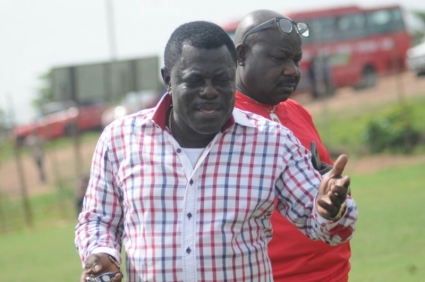 Ghanaian giants Asante Kotoko will lose striker Songne Yacouba in the comings weeks after the club revealed that they can't meet his $150,000 demands from the Burkinabe to renew his expiring contract, the club's Executive Chairman has revealed.

Dr Kwame Kyei says his outfit are not capable of meeting Songne Yacouba’s contract renewal demands because it is way and above what they can afford.

Yacouba is demanding a yearly salary of $150,000 before signing a new deal with the Porcupine Warriors.

But the Ghanaian giants offered the Burkinabe a paltry GHc 50,000-a-year contract which was rejected by his representatives.

According to club’s chief Dr Kyei, they have no means to pay an outrageous amount of cash to the Burkinabe forward.

He added that the player will depart the club when his contract expires in February.

“AsanteKotoko_SC can't pay Songne Yacouba the $150,000 he is demanding from Club to renew his contract.”

“Yacouba will leave the club after his contract expires. Dr Kwame Kyei tells Kotoko supporters after the game.”