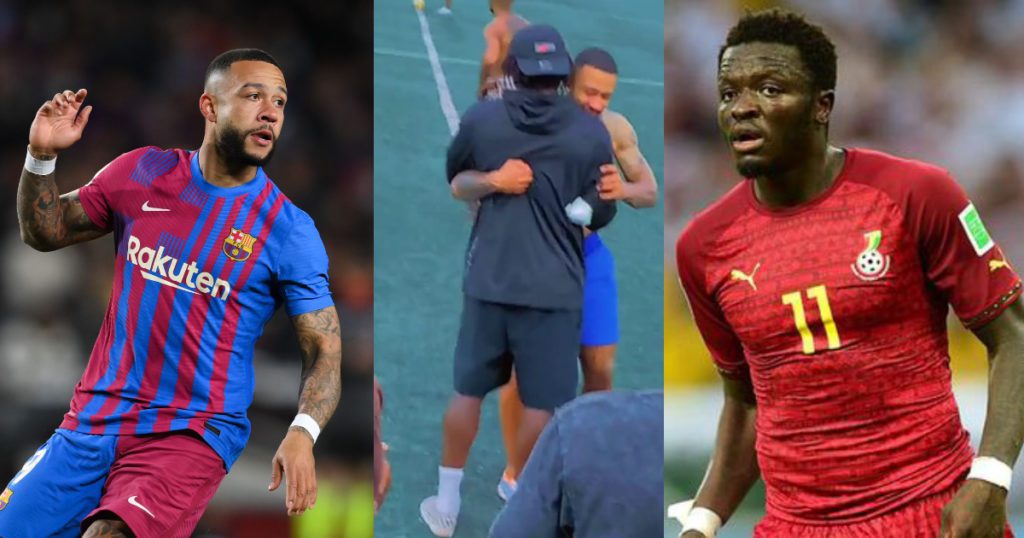 The duo shared a heartwarming moment together after meeting at the Madina Zurak Park for a community football match.

The Dutch-born Ghanaian has been in the country for several activities, including engaging in some philanthropic works.

The former Manchester United star also spent time with the youth in Madina, playing on a grassless pitch as he enjoys his vacation in Ghana.

Depay will be leaving for Spain in the coming days to begin pre-season with the Catalan giants.

Meanwhile, Sulley Muntari joined his Hearts of Oak teammates for the final game of the season against Real Tamale United. A game they lost 4-1.

However, the former AC Milan and Inter star could add a medal to his list of accomplishments when Hearts of Oak play Bechem United in the final of the FA Cup this weekend.