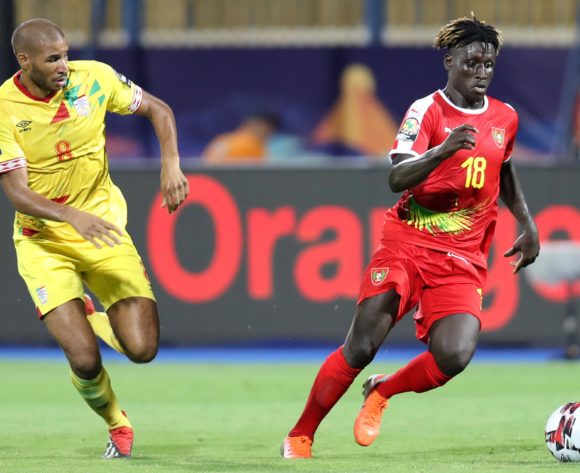 Piqueti Silva of Guinea-Bissau challenged by Jordan Souleymane Adeoti of Benin during the 2019 Africa Cup of Nations Finals Benin and Guinea-Bissau at Ismailia Stadium, Ismailia, Egypt on 29 June 2019 ©Samuel Shivambu/BackpagePix

Benin drew 0-0 with Guinea-Bissau in the 2019 Africa Cup of Nations (AFCON) Group F match at the Ismailia Stadium in Egypt on Saturday night.

As a result, the Squirrels moved up to second place on the group table, while the African Wild Dogs remained fourth on the standings.

The Squirrels were the better side in the opening stages of the game as they looked to grab an early goal against the African Wild Dogs.

Mickael Pote, who scored a brace against Ghana on Tuesday, had a chance to open the scoring as early as the fourth minute, but the midfielder placed his header over the crossbar.