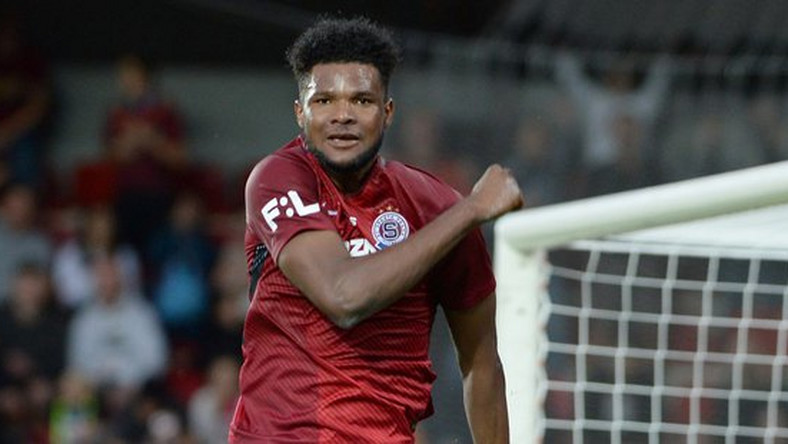 Ghana youth forward Benjamin Tetteh came off the bench to score a late for Sparta Prague in their 3-3 draw with Ceske Budejovice in the Czech top-flight league on Friday.

Sparta Prague, who were playing at their famous Generali Stadium, suffered an early punch when Ivan Schranz powered minnows Ceske Budejovice after just 7 minutes on the clock.

However, Gabonese midfielder Guelor Kanga restored parity for the hosts via a penalty in the 32nd minute but they soon found their backs against the wall after Benjamin Colic scored from a close range to restore the visitors' advantage.

Substitute Srdjan Plavsic ensured Sparta stay in the game by tucking in an equalizer in the 59th minute but against they were down again in the 77th minute after David Ledecky made it 3-2 for Ceske Budejovice.

And with the match looking increasingly like ending a famous defeat for Sparta Prague, Benjamin Tetteh scored a cracking goal to them finish the game with a 3-3 stalemate.

He has scored 4 goals in 15 league games for the capital-based outfit.