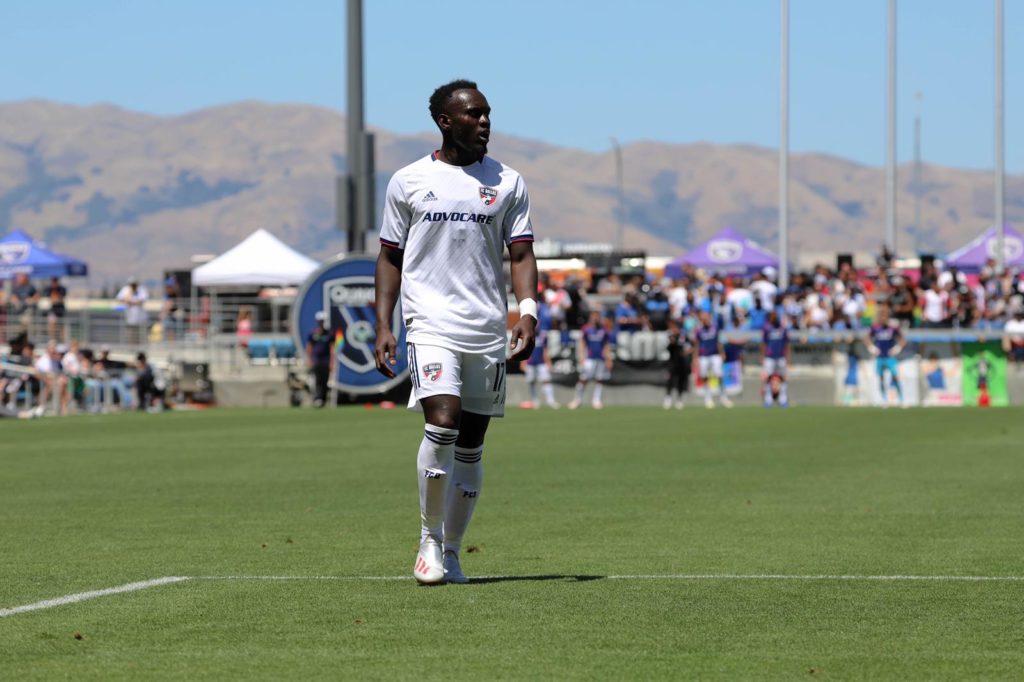 Francis Atuahene climbed off the bench on his MLS debut to snatch the equalizer for FC Dallas in their 2-2 draw at San Jose Earthquakes on Saturday.

Atuahene levelled in the second half just 42 seconds after coming on in the 64th minute.

The No. 4 pick in the 2018 SuperDraft was celebrating his 23rd birthday.

FC Dallas took the lead in the 27th minute when Quakes goalkeeper Daniel Vega allowed an easy pass from  Florian Jungwirth go through his legs and over the line.

The Quakes came into the second half determined to bounce back and Chris Wondolowski again provided the scoring punch for his team.

The MLS Goal King placed a volley past Jimmy Maurer in the 46th minute to score his eighth goal in the past four matches.

Magnus Eriksson gave his team the lead shortly after when he stung a shot that appeared to get blocked off the line by Matt Hedge but after Video Review, it was clear that the ball crossed the line.