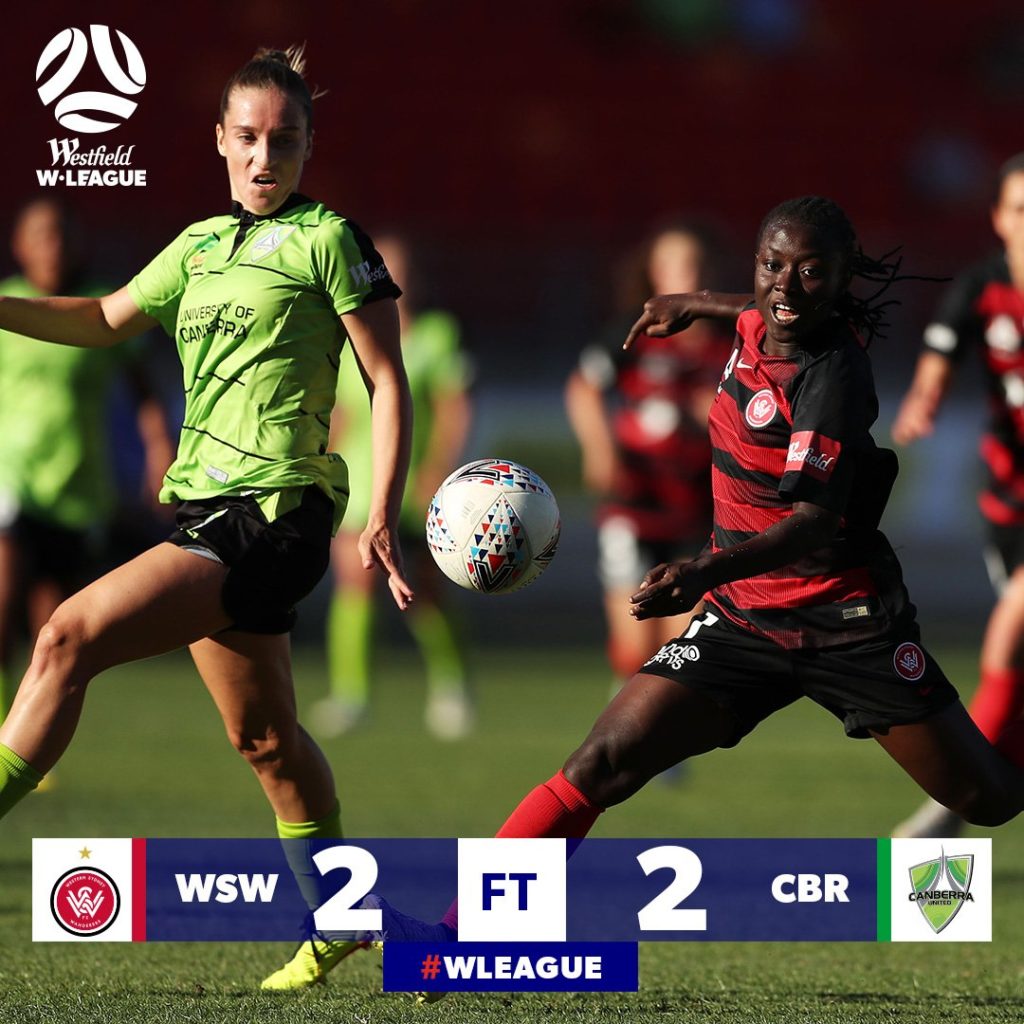 Black Queens captain Elizabeth Addo produced a headline grabbing assist for her side Western Sydney Wanderers in their 2-2 draw with Canberra United.

The midfielder picked the ball and slalomed into the opponents box; hit the bar line and kept her composure to pick out Leena Khamis to score on her 100th W-League game.

Addo was surprisingly named in the Best XI of the just ended African Women's Cup of Nations on home soil.

This raised some eyebrows especially when Ghana failed to progress from the Group stage.

The CAF Technical Study Group will be feeling vindicated with this magical performance at club level.

Addo has also been shortlisted for the 2018 African Women Player of the Year but she is an outsider to win the gong as South Africa's Chrestinah Kgatlana is the firm favourite.

Western Sydney Wanderers confirmed the signing of the Black Queens captain in October this year.

Addo left US side Seattle Reign to sign a season-long loan deal with the Australian topflight side where she is expected to boost her club career.

Some absolutely fabulous footwork from Elizabeth Addo in the lead up to Leena Khamis' goal in her 100th Westfield @WLeague match!