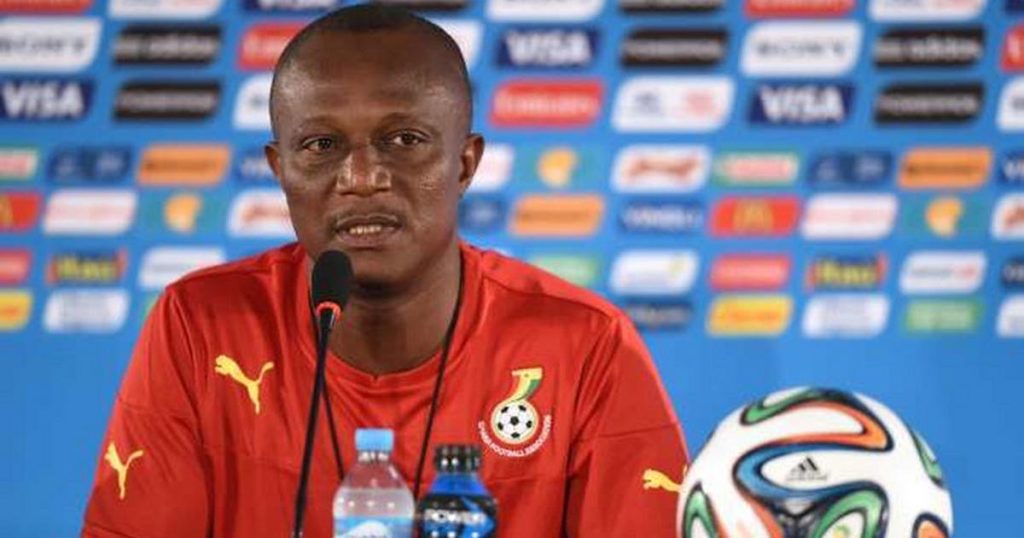 Head coach of the Black Stars, Kwesi Appiah, says he doesn't place much emphasis on formations in football insisting everything changes when the match starts.

This comes after his side kicked off their 2021 Africa Cup of Nations (AFCON) qualifiers against South Africa with a convincing 2-0 win.

After the victory, Kwesi Appiah spoke to media as he addressed the concern about his team’s shape against Bafana Bafana.

“I don’t believe in coaches who depend on playing 4-5-1, 4-4-2 and all those kind of stuff. The important thing is when you have the ball, tactically, your style of play changes,” he said.

Ghana dominated South Africa at the Cape Coast Stadium on Thursday as the four-time Africa Cup champions had more of the ball (55% possession) and managed more shots (11) than Molefi Ntseki’s men.

Coach Appiah touched on his team’s system and what enabled his players to retain possession easily.

“Whenever we had the ball, you see two people going upfront. When we lost the ball, depending on where we lost it, we react differently. If we have lost the ball on the left side, the right midfielder is supposed to come in and then one of the strikers drops back.”

“So that we have at least about five players in the middle of the park. The reason we pack it that way is to make sure that we get the ball back. The essence of our game is to ensure that we have the ball so that we can play tactically how we want,” he added.

Ghana will look to make it back to back wins for the first time in eight months when they face São Tomé and Príncipe on Monday.