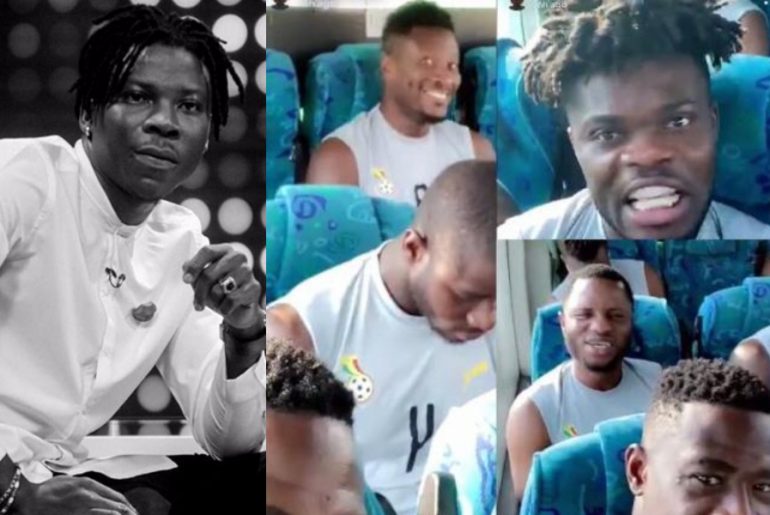 It was all excitement for some players of the Black Stars who were jamming to Stonebwoy's Mightylele track after training.

The players sighted in the video on the team's bus were Afriyie Acquah, Jonathan Mensah and Mubarak Wakaso who were enjoying the song soo passionately.

The Black Stars of Ghana are currently in Abu Dhabi preparing for the upcoming Africa Cup of Nations to be staged in Egypt.

The Stars lost to Namibia in their first pre-AFCON game against Namibia on Sunday by a lone goal. They play their next game against South Africa before they enplane to Egypt for the tournament.

Ghana plays Benin in their first game on June 25, 2019 at the Ismailia Sports Stadium