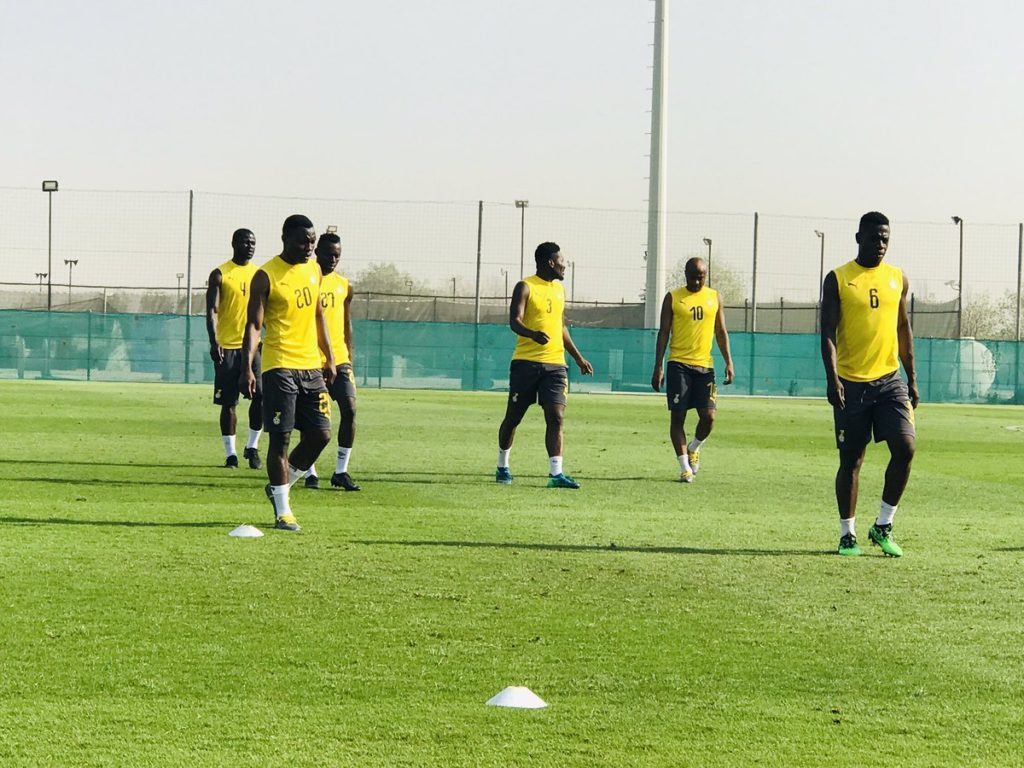 The Black Stars were involved in a shake-up on Monday morning in Suez ahead of the team's official training.

Ghana squad arrived in the city on Sunday afternoon after leaving Ismailia where they played two matches- against Benin (2-2) and Cameroon (0-0).

The four-time Africa Champions need a win to get their qualification back on track.

Ahead of the official training session before tomorrow’s match against Guinea Bissau, the BlackStars had a morning shake up at their team hotel in Suez #TOTALAFCON2019 #BLACKSTARS pic.twitter.com/BCstCD6p5B