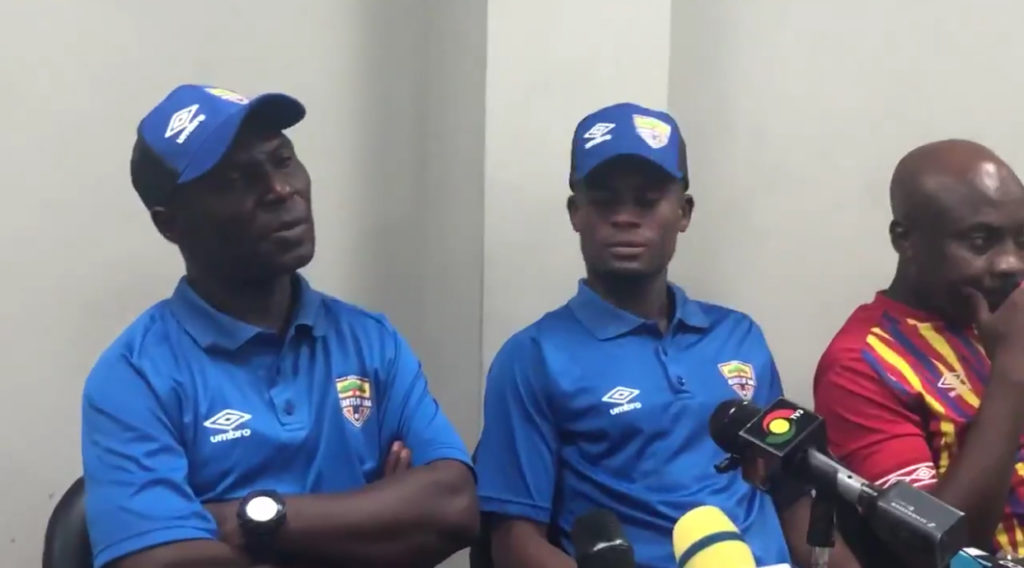 Head coach of Hearts of Oak Edward Nii Odoom has bewailed his outfit's inability to convert from set-pieces in the ongoing Ghana Premier League.

The Phobians dropped points against AshantiGold SC in Week 8 at the Accra Sports Stadium, despite creating several goalscoring opportunities.

The Accra-based giants recorded twelve corner kicks as well as several set-pieces in dangerous areas in the game but failed to hit the back of the twine with any of it.

Speaking in the wake of the match, coach Odoom was disappointed over his side's poor set-piece conversion rate.

"We have assigned players for our set pieces but when they come to the park I don't know whether it's pressure but we're working on it."

"At the training ground we work very well on it especially corner kicks and today we had about 12 or 13 corner kicks but didn't take advantage of it. It's a worry."

Hearts of Oak two goals from set-pieces play came in the 2-1 victory against Ebusua Dwarfs on matchday 3.

The club will hope to find their scoring boots when they travel to Dormaa to play as guests to Aduana Stars in Week 9 on Sunday.