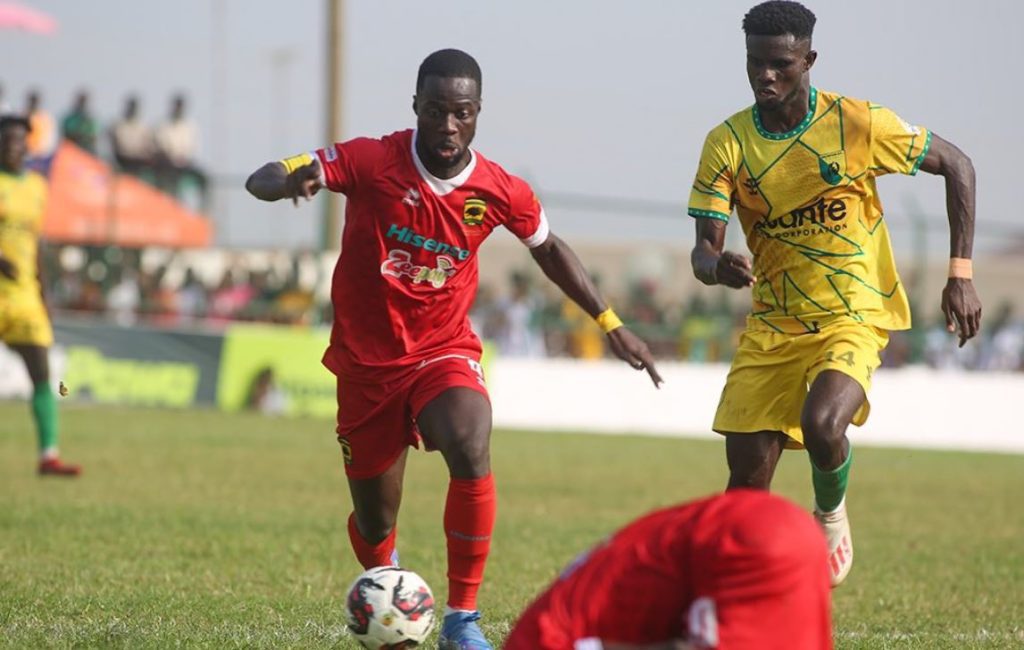 Asante Kotoko are without a win in their last four games in the Ghana Premier League.

Uganda international Steven Mukwala had put Asante Kotoko in the lead with a cool and nice finish in the first half.

Yahaya Dramani scored from the spot kick to give Bibiani Gold Stars the equalizer.

Replays after the game showed the ball should have gone for a foul against Bibiani Gold Stars instead of a penalty.

The referee after consultations with his assistant line II stuck to his call for the penalty against Asante Kotoko.

Watch highlights of the game and the penalty incident below: