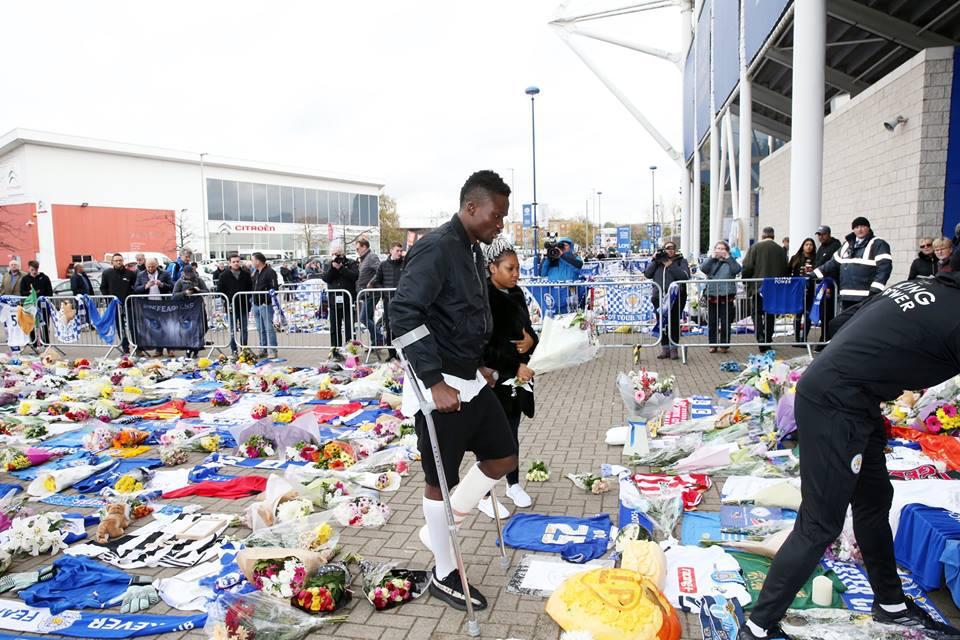 The full-back was stretchered off towards the end of Leicester's 1-1 draw against West Ham.

He underwent a successful surgery on Sunday and it has been reported that he will sit out of action for over two months.

Srivaddhanaprabha was killed with four other passengers, in a tragedy which has stunned the football world.

Srivaddhanaprabha bought Leicester in 2010 for £39m, cleared their debts and saw the club win promotion to the top flight four years later.

The Foxes then beat odds of 5000-1 to claim the Premier League title in 2015-16 in one of the greatest sporting stories of all time. Amartey contributed to the title success.

Daniel Amartey was the last Leicester player to pay his respects to Vichai Srivaddhanaprabha.

The full-back was stretchered off towards the end of Leicester's 1-1 draw against West Ham.

Cardiff vs Leicester in Premier League to go ahead as planned: https://t.co/052pNOmG9w pic.twitter.com/MyMONJZzig