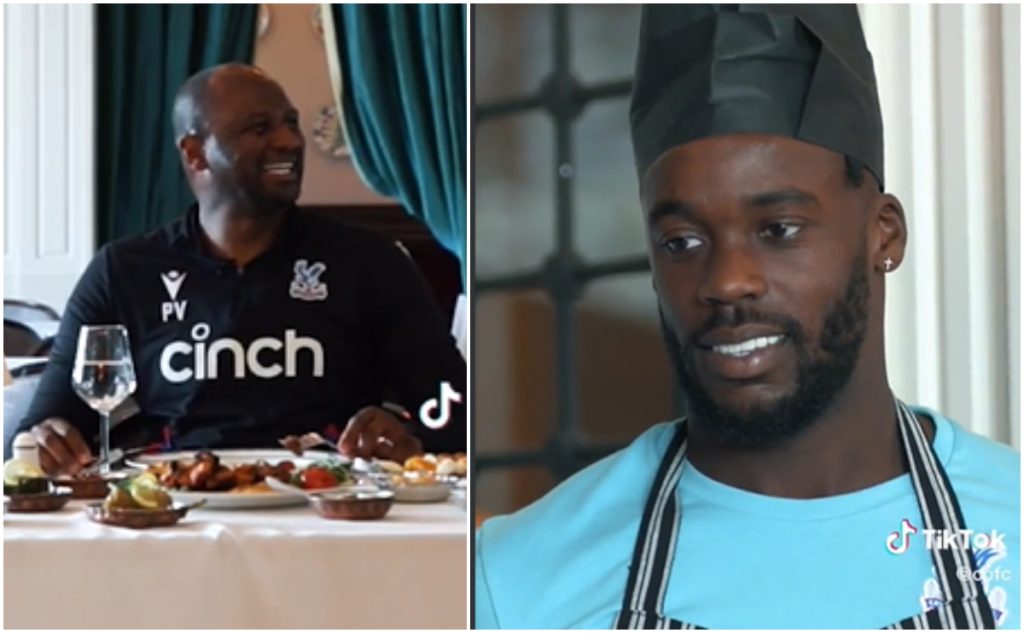 Jeffrey Schlupp is as good on the pitch as he is in the kitchen.

The Ghana and Crystal Palace midfielder dropped his jerseys for the apron to cook for manager Patrick Vieira.

Schlupp, who missed out on Ghana's squad for the World Cup, returned to camp early for mid-season training ahead of the resumption of the English Premier League.

While in camp, Schlupp and his teammates Eberechi Eze and Wilfried Zaha tried their hands on cooking, with manager Vieira judging their dishes.

In a video posted by the club on TikTok, the former France midfielder and 1998 World Cup winner praised Schlupp for an excellent job.

Vieira was not too impressed Zaha's cooking cooking and seemed to moderately like Eze's cooking.

The players are in camp and preparing ahead of the resumption of the league on December 26, a week after the World Cup final.

Schlupp has been a key player for Crystal Palace this season, playing 14 matches before the World Cup break.