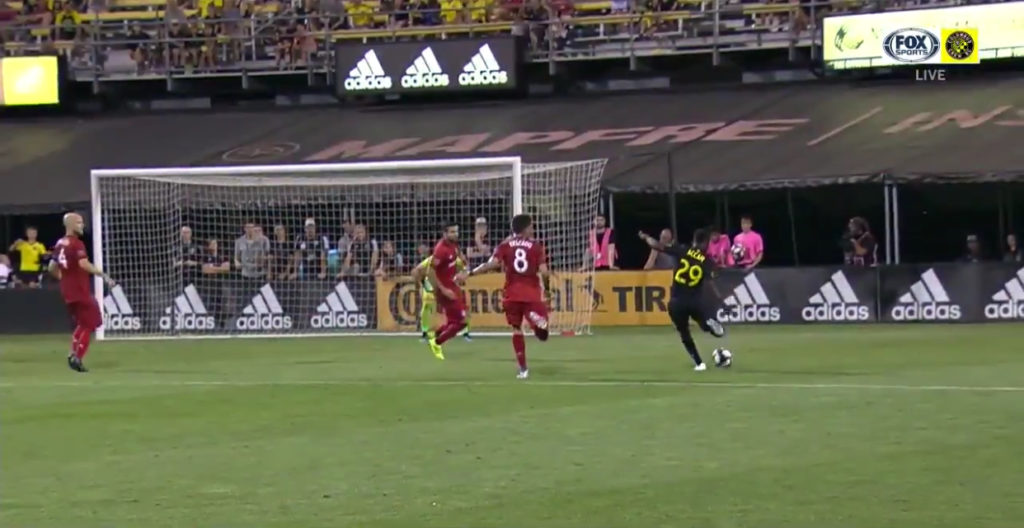 Ghana forward David Accam was on target for Columbus Crew as they were held 2-2 by Toronto FC in the Major League Soccer on Saturday night.

But Pedro Santos drew parity for the hosts three minutes after recess.

Columbus Crew fans at the Mapre Stadium went into jubilant mood in the 82nd minute after David — who replaced Connor Maloney in the 80th minute — drove his low shot pass goalkeeper Quentin Westberg after receiving a simple pass from compatriot Harrison Afful.

But the visitors fought back to equalize through Jozy Altidore’s effort on the 90th minute mark.

Jonathan Mensah and Afful played the entire duration for the Crew while Ritchie Laryea came on in the 49th minute for Toronto FC.