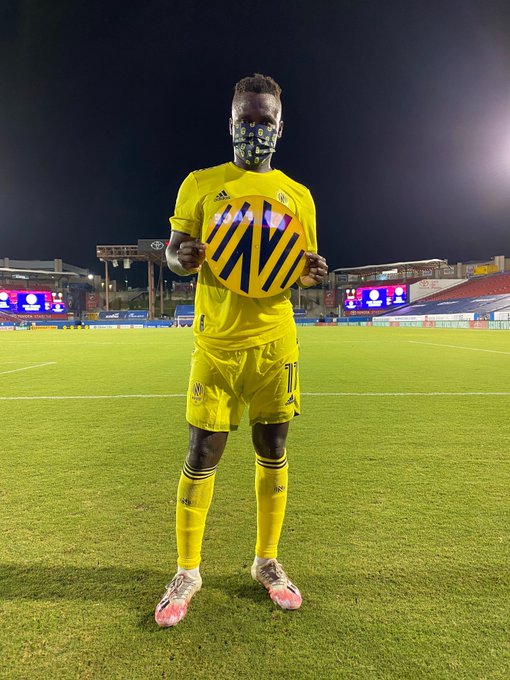 Ghana forward David Accam climbed off the bench to score the only goal as Nashville SC won their first ever MLS game.

The ex-Chicago Fire forward took only four minutes to get his name on the score sheet, after being introduced in the 82nd minute.

The pacy attacker raced through with the ball deep from the left before cooly curling in for the historic win.

Both Nashville and FC Dallas had withdrawn from the novel MLS is Back tournament due to positive COVID-19 test in camp.

However, the Major League season is back after it's suspension in March after coronavirus numbers began to skyrocket.

Accam joined the MLS franchise from Columbus Crew before the end of last season.

He is gradually gaining his footing at his new club following a slow start to the season, which was caused by off the pitch issues.

Accam has enormous experience in the Major League Soccer, having previously played for Chicago Fire, Philadelphia Union and the Columbus Crew.