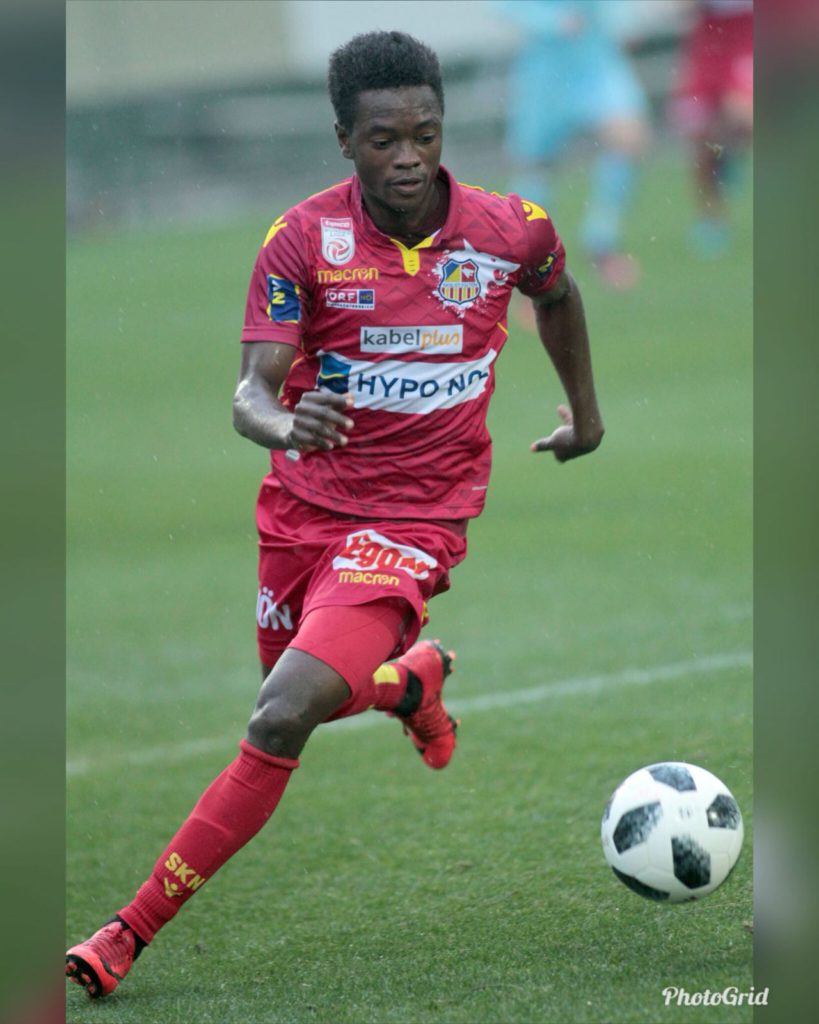 Former Ghana U20 winger David Atanga’s strike for St. Polten in their clash with Lask Linz in the Austrian Bundesliga has been nominated for the Goal of the Week.

David Atanga opened his scoring account for the Bundesliga side with a superb strike as St. Polten failed to pick a point against Lask Linz in the clash.

Atanga was put through around the center circle, danced around the center backs of Lask Linz before slotting the ball through the legs of goalkeeper Pervan to fetch the consolation for the visitors in the 88th minute.

The home side Lask Linz broke the virginity of the game just four minutes after the break through Ghana’s Samuel Tetteh before Luckeneder increased the tally at the TGW Arena.

Atanga was loaned to aid St. Polten to escape relegation and he looks set to achieving that feat.

Below is Atanga’s goal contending for the goal of the week: