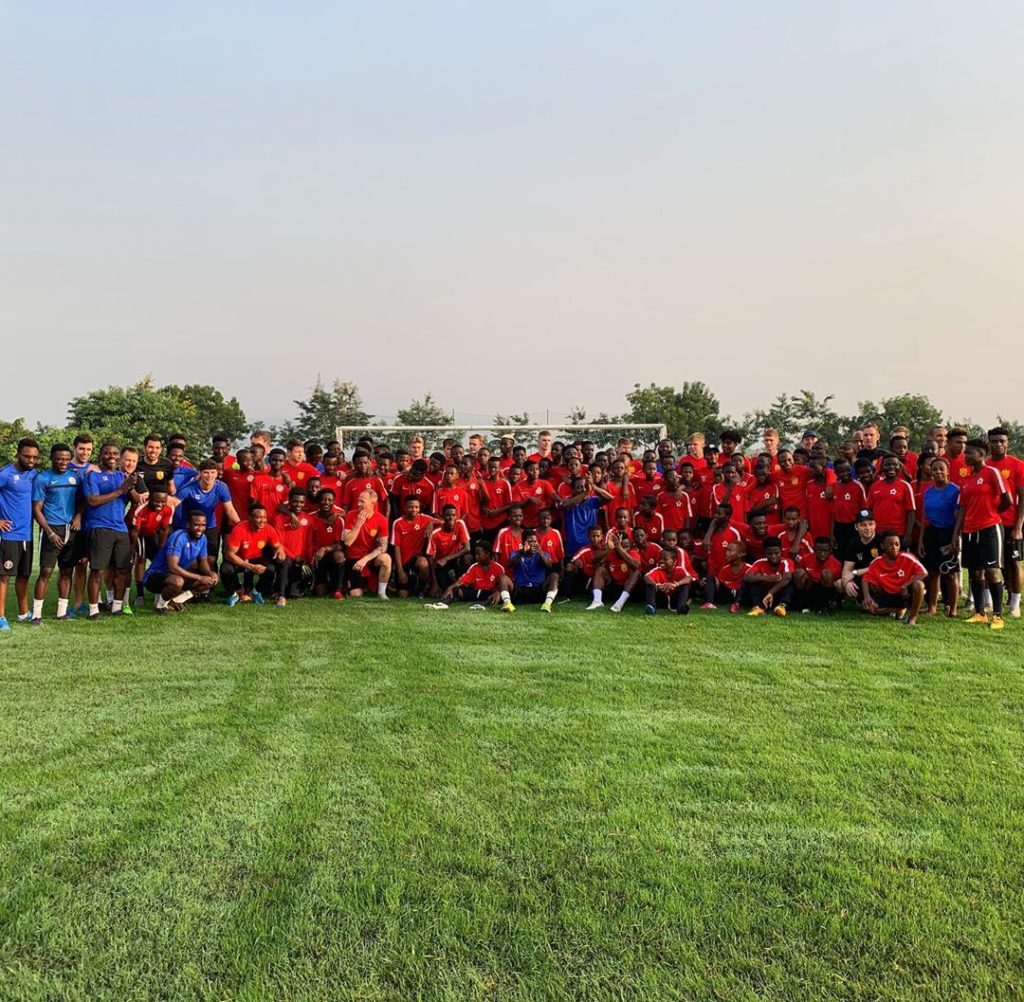 Danish top-flight side Nordsjaelland have ended their successful seven-day training tour of Ghana that also included social programmes to enhance the players' knowledge of the culture of their six Ghanaian team-mates.

The Farum-based club travelled out of Ghana on Friday to the Spanish city of Alicante to continue their pre-season preparation after their training in the Eastern Region town of Akosombo.

They became the first European team to hold their pre-season training in Ghana when they arrived in the West African country last week.

While training in Ghana, the players took advantage of their free times to interact, encourage and mentor players of the academy while doing other social programmes help in some targeted deprived areas in Accra.

Players of Nordsjaelland travelled to the capital Accra to hold a life-changing coaching clinic at the iconic Kawokudi Park for kids in the suburb of Nima where some of their players like Mohammed Kudus, Ibrahim Sadiq and Maxwell Woledzi come from.

The Ghana trip was also lighted by the freestyle performance of Denmark youth star Oliver Antman who thrilled the academy kids with his skills on entertainment night.

Nordsjaelland looked to have taken the decision to train in Ghana largely thanks to the number of citizens of the country in the squad with eight Ghanaians in the team with their feeder academy Right to Dream based in the country.

It is the European team with the highest number of Ghanaians in their squad including star player Mohammed Kudus who is Ghana hottest sensation at the moment.

Other Ghanaian players in the squad are Clinton Antwi, Abdul Mumin, Maxwell Woledzi, Abu Francis, Godsway Donyoh, Ibrahim Sadiq and Isaac Atanga are all part of the team.

Donyoh could not travel with the squad to Ghana because he was sealing a move to German side Dynamo Dresden.

Ghanaian assistant coach of Nordsjaelland Masud Didi Dramani was also part of the delegation that will travel to the Spanish city of Alicante after the Ghana tour.

All players in the first team were on the delegation for the visit of Ghana that helped them to prepare under warm weather conditions for the re-start of the league season in spring.

Nordsjaelland did not play any friendly match during their seven day visit of Ghana as they are avoiding the severe winter months in Denmark.