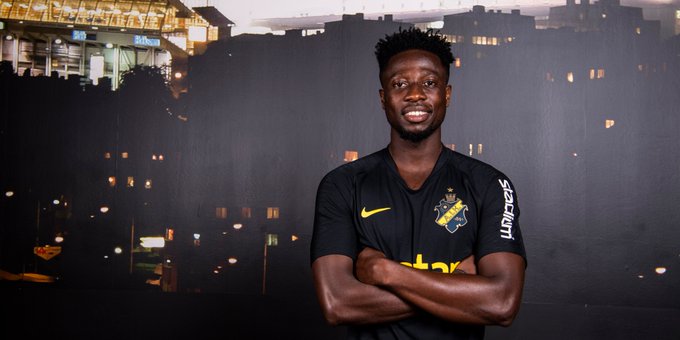 The midfielder rejoined the Swedish club after spells in Germany and the United States and had to be cleared before making his second debut.

"It's was good. He said everything is perfect and I'm happy," he told the club's official website. "I'm ready, I'm even ready now but I think I will start tomorrow."

AIK Stockholm will engage GIF Sundsvall in a friendly encounter as they prepare for the return of the Swedish topflight league.

"Of course It's nice to be here and to see the family again. Like as they are family and I am happy to be here," said the 24-year old.

The ex-New Edubiase midfielder's first stint at AIK saw him play 101 times for the Stocholm based club between 2013 to 2016.