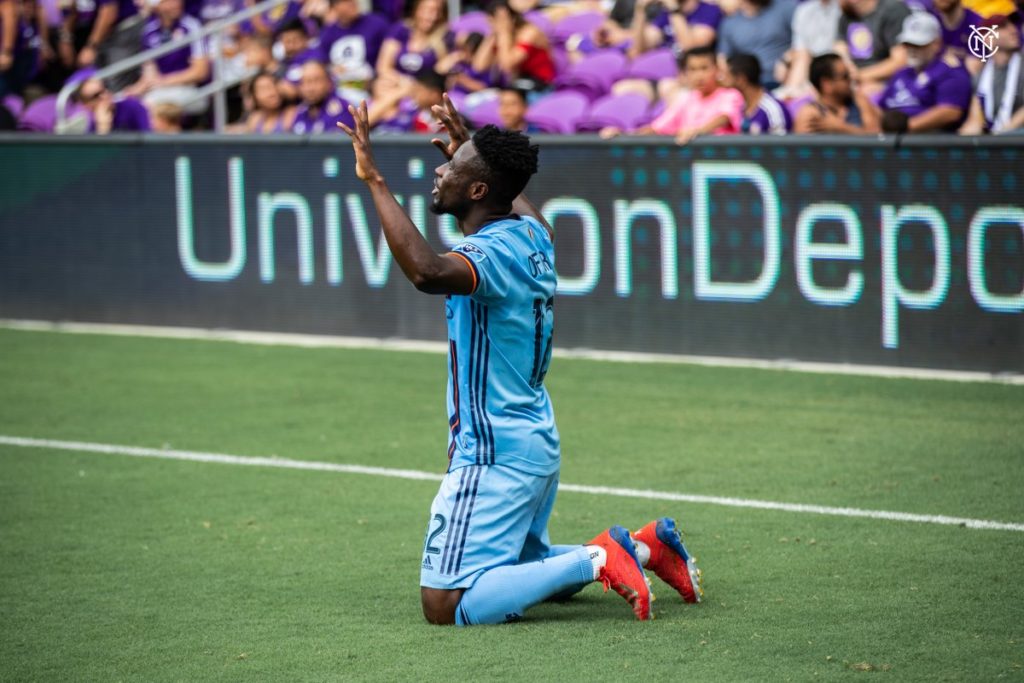 Midfielder Ebenezer Ofori opened the scoring for New York City FC in their first MLS match of the season in a 2-2 draw at Orlando City on Saturday.

The Ghana international unleashed a well-struck powerful left-footer low grounder on 13 minutes to beat goalkeeper Brian Rowe between the sticks for the home team.

On 43 minutes, the visitors doubled their lead through Alexander Ring to go into the break with a 2-0 advantage.

After the break, Orlando City came back into the game when Christopher Muellar's free-kick got past everybody inside the box and zoomed into the net to pull one back.

With a quarter of an hour left for play, Canadian Tesho Akindele levelled for the home team inside the Orlando City Stadium.

Ofori, who has been re-signed again on loan from German side Stuttgart, lasted the entire duration of the match.