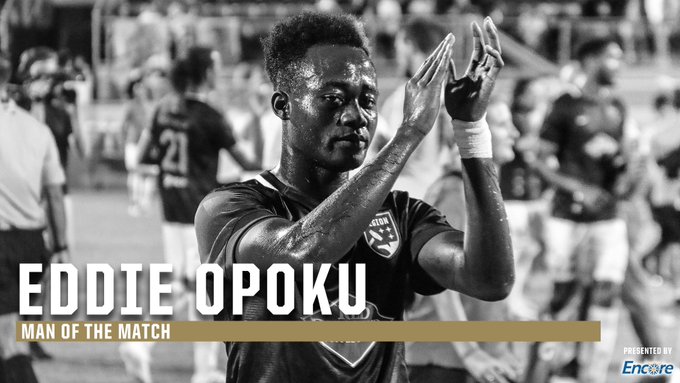 Eddie Opoku was voted Man of the Match after scoring the solitary goal for Birmingham Legion FC in their win over Tampa Bay Rowdies in the USL.

Opoku broke the deadlock with a superb left-footed finish from a tight angle that whizzed past Robinson into the roof of the net.

Earlier, he tested Macklin Robinson with a high shot at his near post in the 28th minute and the Tampa Bay goalkeeper did well to deny Brian Wright on a breakaway 11 minutes later.

Opoku was lively in attack all evening long, completing all four of his dribbles, making four key passes and scoring the game-winning goal for Legion FC at Al Lang Stadium.

Legion FC have extended their shutout streak to 465 minutes with an impressive road victory over the Rowdies.