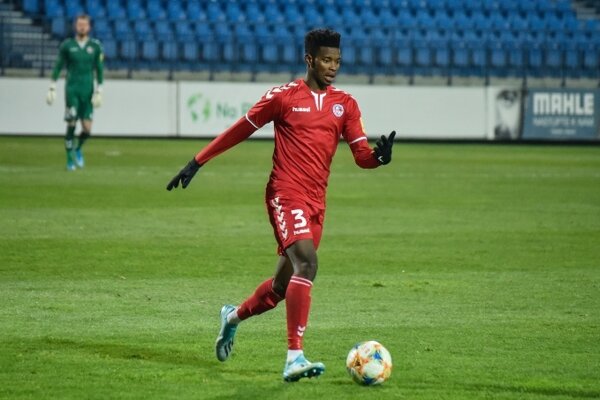 Senica were looking to bounce back to winning ways after losing their opening two games in the league.

Tomas Malec broke the deadlock for Senica in the 44th minute of the game.

The lead was extended in the 68th minute after veteran Slovak forward Juraj Piroska poked in from close range.

And as the game appeared to be ending in a 2-0 win for Senica, Addo popped with a marvelous long range drive in the 78th minute.

Addo enjoyed the entire duration as Senica won the match 3-0 at the OMS Arena.