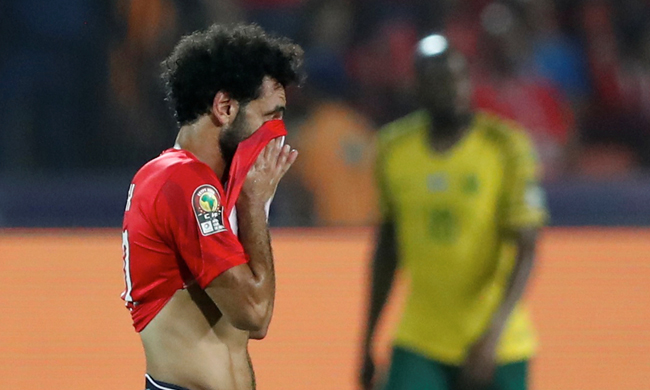 Hosts Egypt suffered a shocking elimination from the African Cup of Nations round of 16 after conceding a late goal against South Africa on Saturday, with another lethargic display costing them dear this time around.

Thembinkosi Lorch netted the decisive goal five minutes from time after finishing off a neatly-worked breakaway, with Egypt paying the price of their defensive frailties as they needlessly poured forward en masse to settle the tie before extra time.

A sell-out crowd at the 75,000-seat Cairo Stadium were duly silenced, with the shell-shocked Egypt players looking in disbelief and tears coming into the eyes of star forward Mohamed Salah, who two years ago led the team to the Nations Cup final in Gabon where they lost to Cameroon.