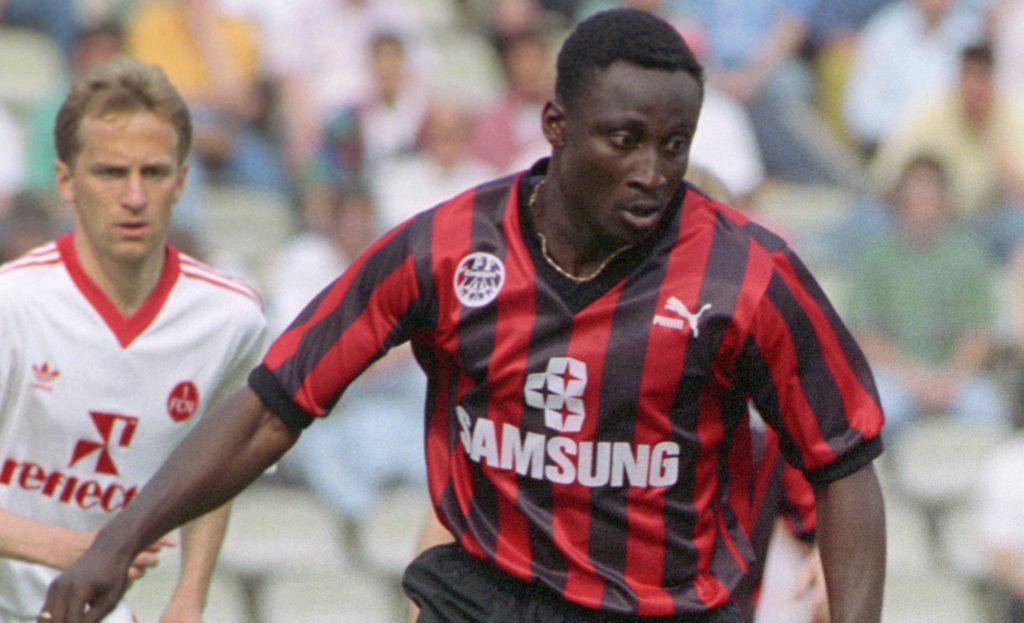 Anthony Yeboah of the German soccer club Eintracht Frankfurt is pictured during the match against Nuremberg in Frankfurt, on 24 April 1993.

Eintracht Frankfurt fans at the Commerzbank-Arena Stadium broke into chants of former Ghana striker Tony Yeboah during their 3-0 defeat against Arsenal in the opening day of the 2019/20 UEFA Europa League on Thursday night.

Yeboah was the first black player to join the Eagles during the 1990 season.

The powerful hitman established himself as a deadly striker, silencing all critics, and became the first African Bundesliga club captain.

He was the top Bundesliga scorer twice with the club before leaving to join English giants Leeds United in 1995.

The now-53-year-old’s exploits during that era has given him a legendary status at the club.

During the club’s 2019/20 Europe’s second-tier club competition against Arsenal, chants of 'Tony Yeboah, Tony Yeboah' broke out around the Commerzbank-Arena, with fans celebrating the iconic forward.